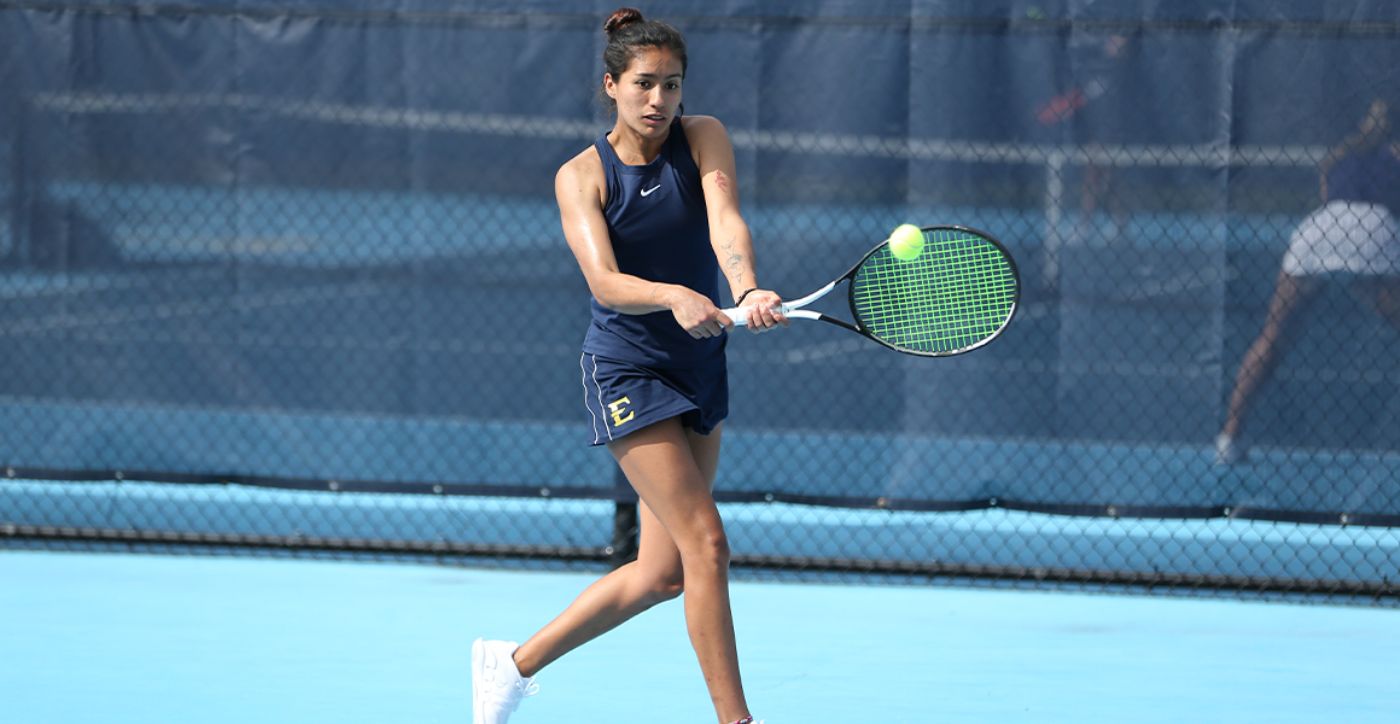 Three 6-2 wins at the doubles, all straight set wins

Moving the match up a day due to the impending weather on Saturday didn’t seem to bother the Blue & Gold, coming off a 4-0 win against Lipscomb earlier in the week. Fernanda Carvajal (Queretaro, Mexico), who was named SoCon Women’s Tennis Player of the Month for February earlier this afternoon, and Daniela Rivera (Maturin, Venezuela) got the afternoon started with a dominating 6-2 win at the No. 3 flight in doubles.

Each of the other two doubles flights were also won by the score of 6-2 as Laylo Bakhodirova (Tashkent, Uzbekistan) and Alejandra Morales (Santiago, Chile) finished their match second and Emilia Alfaro (Azul, Argentina) and Mayya Gorbunova (Moscow, Russia) made sure Wofford wouldn’t win a match.

For the second consecutive week, Rivera was off to a hot start and was the first to put ETSU up 2-0 with a 6-2, 6-0 victory at the No. 5 spot. Bakhodirova and Carvajal were the next two to win their respective matches and clinch the match for the Bucs. Bakhodirova took the No. 1 flight 6-0, 6-2 while Carvajal built on her success last month with a 6-3, 6-2 victory.

Yunuen Elizarraras (Cuernavaca, Mexico) kept the dominance going with a 6-2, 6-2 win at the No. 6 spot to put ETSU up big, and Morales and Alfaro finished it out to complete the sweep. Rivera and Bakhodirova enter the Florida trip winning their last six singles matches while Carvajal continues to dominate, winning her last eight matches.

After going 5-0 at the No. 3 spot, all in straight set wins, Carvajal was named SoCon Women’s Tennis Player of the Month for February. This is the second consecutive month that the conference’s women’s tennis player of the month has gone to someone that dons the Blue & Gold. It’s the first weekly/monthly award for Carvajal after taking SoCon Freshman of the Year last season. It’s the second monthly award for ETSU after Bakhodirova garnered a slew of awards that included player of the month for January to start the season.

The Bucs will take a trip down to Florida to take on Harvard (in Orlando) and FIU down in Miami. ETSU is expected to play the Crimson on Tuesday and then take on the Panthers on Thursday.