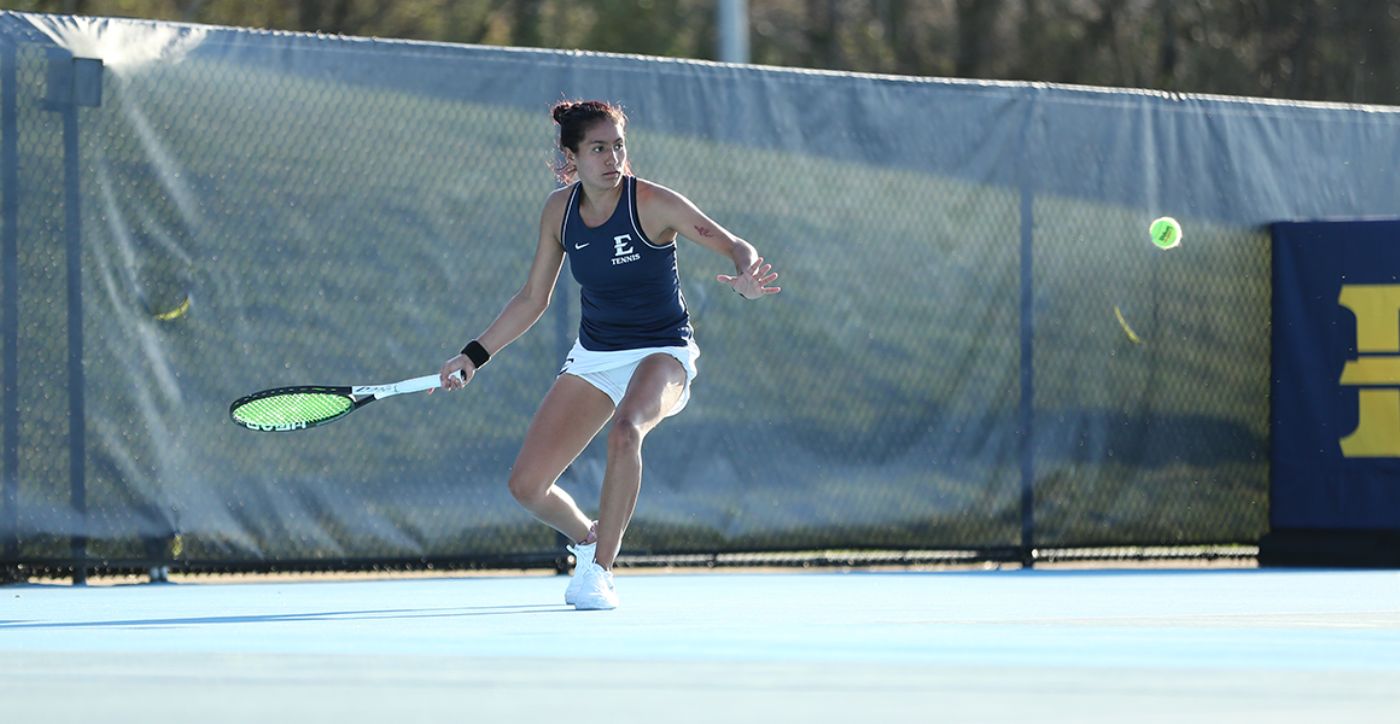 After dropping the doubles point against #52 Charlotte, it fell back in ETSU’s lap despite the Bulldogs taking the No. 1 flight 6-3. Fernanda Carvajal (Queretaro, Mexico) and Daniela Rivera (Maturin, Venezuela)continue to dominate as a pair, taking all nine matches together since late February. Emilia Alfaro (Azul, Argentina) and Mayya Gorbunova (Moscow, Russia) clinched the point with a 6-2 win.

Alfaro and Elizarraras each ended the morning with singles win as Alfaro took her match 6-3, 6-4 while Elizarraras ended it with a three-set comeback win (3-6, 6-2, 7-5).

The Bucs have won the last six meetings against the Bulldogs, dating back to 2016. ETSU starts 5-0 in conference play for the third time in as many applicable seasons (only played two conference games in 2020).

Going into the last two games of the season, the Bucs have won four straight and 12 of their last 13.

The Bucs embark on their final road match of the season, travelling to UNCG on Friday, April 8 in Greensboro. Match time is set for 1:00 p.m.