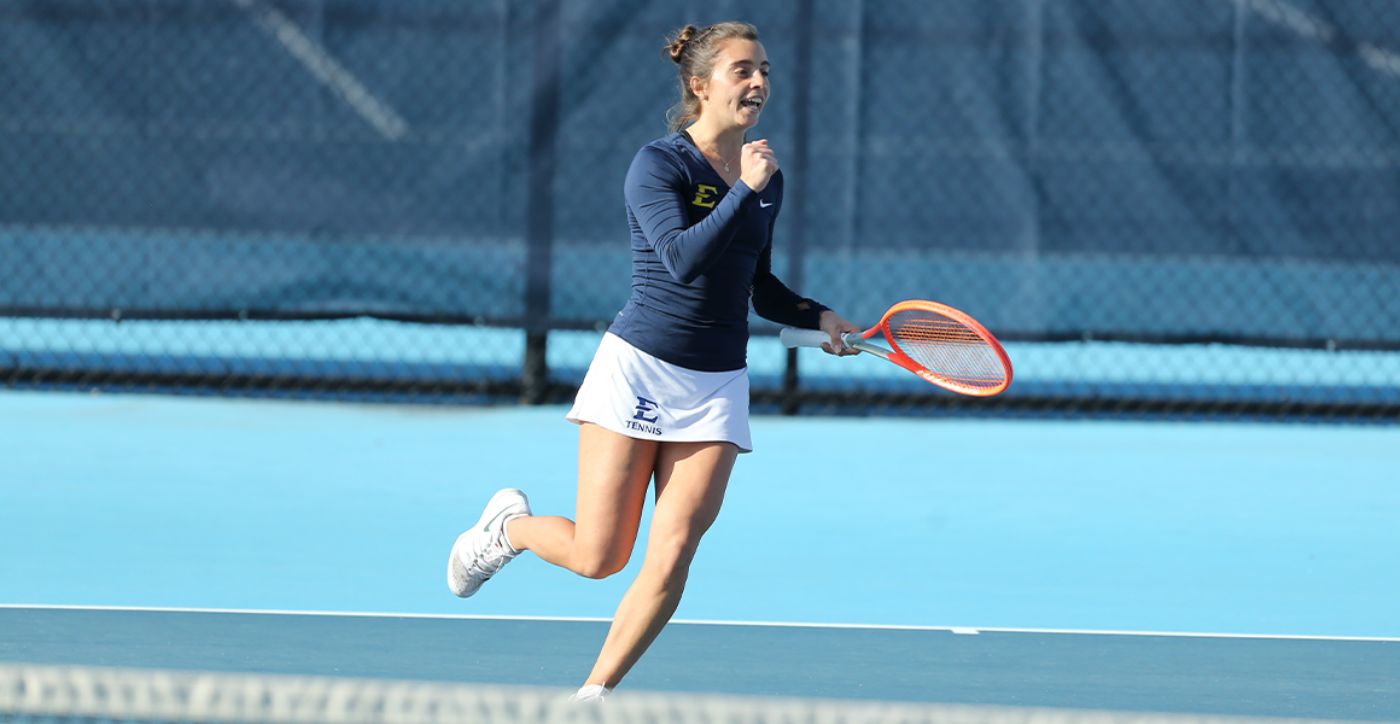 The 74th-ranked Bucs remained perfect in SoCon play after sweeping UNCG 7-0 in Greensboro Friday afternoon. The Bucs have now won the last six meetings against the Spartans, moving to 6-0 in conference play in back-to-back seasons.

It was all ETSU from start to finish, taking the first two doubles matches 6-0 and 6-1 to secure the doubles point in back-to-back conference matches. Emilia Alfaro (Azul, Argentina) and Mayya Gorbunova (Moscow, Russia) dominated a 6-0 win while Laylo Bakhodirova (Tashkent, Uzbekistan) and Alejandra Morales (Santiago, Chile) took their first doubles match in the last six outings.

In singles, the dominance continued with six 6-0 sets out of 10 total. Daniela Rivera (Maturin, Venezuela), who played the hero in ETSU’s win against #52 Charlotte last weekend, had one of the 6-0 wins along with Alfaro. Fernanda Carvajal (Queretaro, Mexico) took her singles match 6-1, 6-1 while Morales and Bakhodirova each ended the afternoon with 6-0 wins in the second set.

Bakhodirova, ranked #100 in the country, has now won her last five singles matches, the second-longest active streak behind Yunuen Elizarraras (Cuernavaca, Mexico), who earned her 12th-consecutive singles win by default.

ETSU and #35 Furman remain the lone unbeaten teams in conference play as the Paladins have yet to play Samford and the same UNCG team the Bucs just blanked.

The Bucs have now won at least five straight matches for the second time this season while winning 13 of their last 14 going into the regular-season finale.

The Blue & Gold end the regular season against #35 Furman at home next Saturday, April 16 at Dave Mullins Tennis Complex. The Bucs will be celebrating Senior Day with match time set for 1:00 p.m.