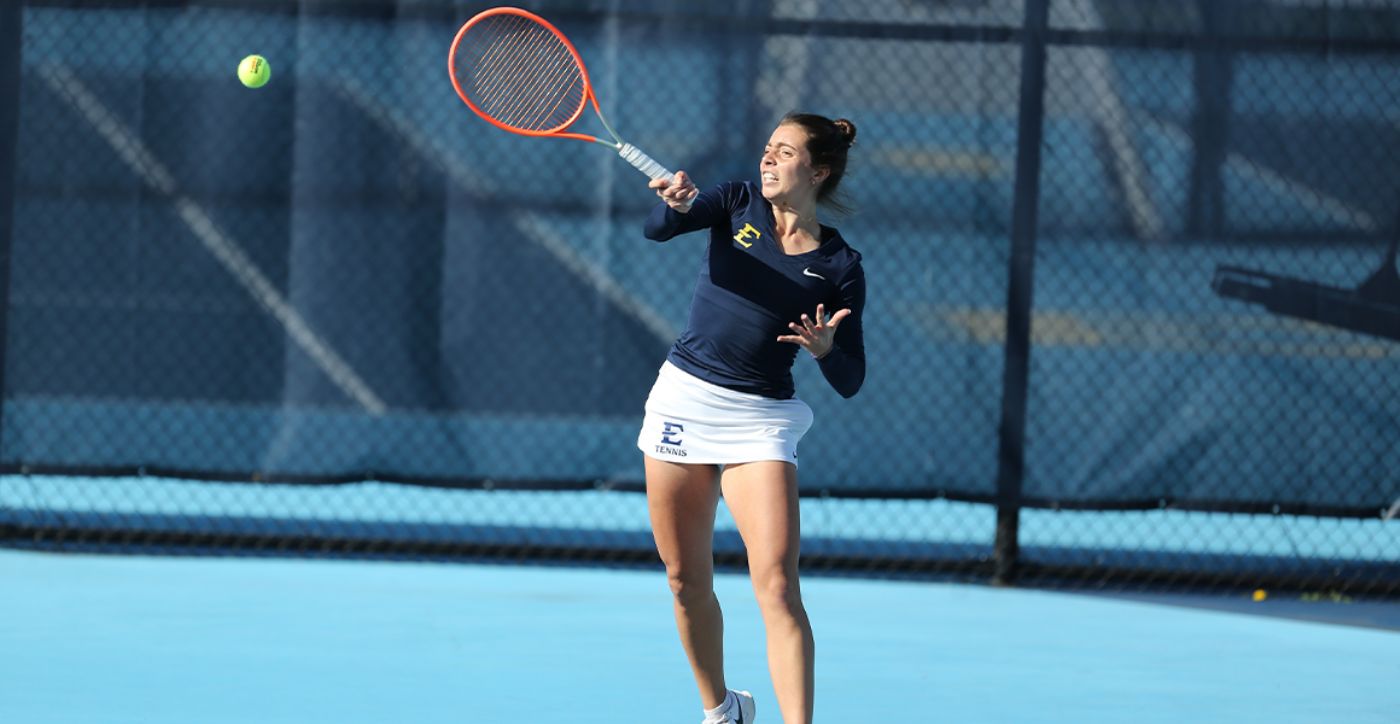 No. 2 Bucs Blank No. 7 Spartans, Advance to Semifinals
Related Links

The Bucs, the No. 2 seed and ranked 74th in the nation, needed just one singles win after securing the doubles point and a pair of forfeited singles matches.

Emilia Alfaro (Azul, Argentina), who earned her second-career second-team all-conference honor, made quick work in her match at the No. 4 spot, winning 6-0, 6-0 to clinch the match.

Alfaro and Mayya Gorbunova (Moscow, Russia) clinched the doubles point with a 6-0 win at the No. 2 doubles spot. Alfaro and Gorbunova were named second-team all-conference as a doubles pair yesterday.

The Blue & Gold await their semifinal opponent between Samford, the No. 3 seed, and Western Carolina, the No. 6 seed. ETSU will play at 10:00 a.m. tomorrow morning against one of those opponents at the Champions Club in Chattanooga, Tenn.

The Bucs advance to the semifinal round of the 2022 SoCon Women’s Tennis Tournament and will face either (3) Samford or (6) Western Carolina tomorrow morning at 10:00 a.m. at the Champions Club in Chattanooga, Tenn.