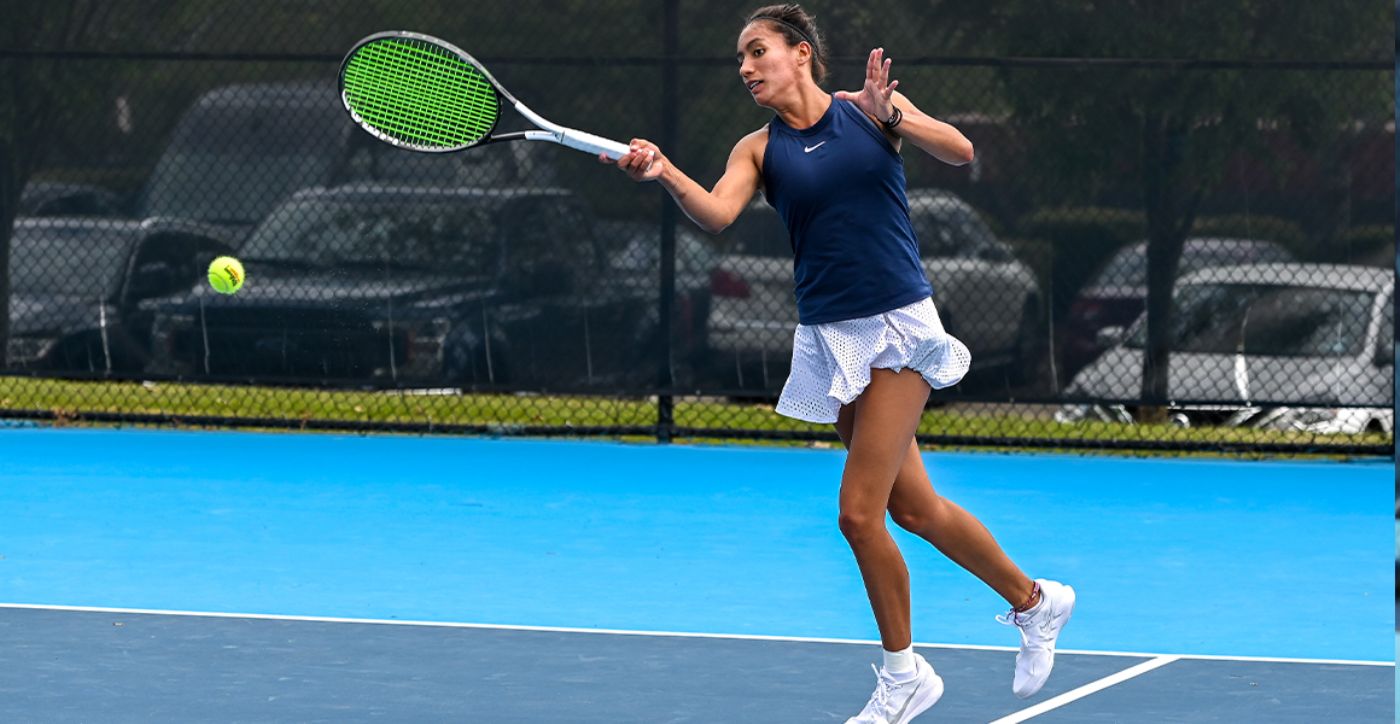 Photo Courtesy of the Southern Conference
Championship Bound: No. 2 Bucs Take Down No. 3 Samford
Related Links

CHATTANOOGA, Tenn. (April 22, 2022) – For the seventh time since 2015, the Buccaneers will play for a tournament title and an automatic bid to the NCAA tournament.

The Bucs, the No. 2 seed and ranked 74th in the nation, took down No. 3 Samford 4-0 in the semifinal match of the 2022 SoCon Women’s Tennis Tournament. The Bucs defeated Samford 6-1 in the regular season at home.

After having to battle back to secure the doubles point in the regular season meeting, the pair of Laylo Bakhodirova (Tashkent, Uzbekistan) and Alejandra Morales (Santiago, Chile) avenged their regular season battle with a 6-3 win of their own to get the morning started. Fernanda Carvajal (Queretaro, Mexico)and Daniela Rivera (Maturin, Venezuela) had to go to the tiebreaker to stay unbeaten as a pair on the season.

Having just clinched the doubles point, Carvajal and Rivera were in the zone in the singles rounds as they both picked up 6-1, 6-1 victories in the No. 3 and 5 spots, respectively. Rivera lost her lone conference singles match in the regular season meeting against the Bulldogs but found a way to secure the first singles point of the semifinal.

Morales, who went three sets against her opponent in the regular season meeting, clinched the final point with a 6-1, 6-4 outing to send the Bucs to the championship match. Morales was a first-team all-conference selection in singles along with Bakhodirova, whose match went unfinished. Yunuen Elizarraras (Cuernavaca, Mexico) had her match go unfinished as she led 6-2, 4-3 and Emilia Alfaro (Azul, Argentina) was up 7-6 (7-1) after the first set.

The Bucs will take on top-seeded Furman in the championship round of the 2022 SoCon Women’s Tennis Tournament tomorrow afternoon at 1:00 p.m. at the Champions Club in Chattanooga, Tenn.