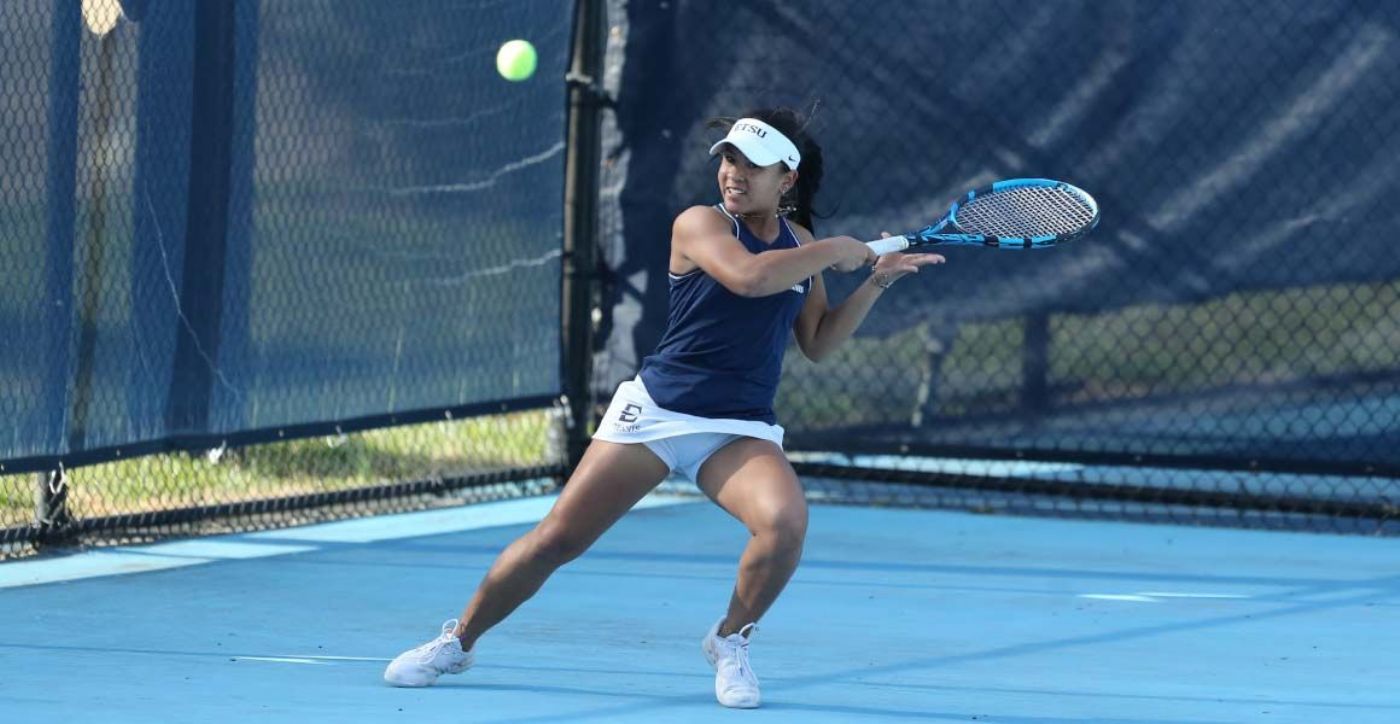 Overall, the Bucs finished with a combined record of 20-7 for the three-day invitational. All six players that entered for the Bucs advanced past the first round of both singles and doubles and won at least two individual matches.

“I’m proud of our team’s hard work this weekend,” said ETSU head coach Ricardo Rojas. “It’s great to get some matches in and kick off the season with some victories.”

Carvajal won a come-from-behind 4-6, 6-1, 6-1 match over Virginia Tech’s Charlotte Cartledge in the final round of the Maroon Bracket, while Rivera had to win three-set matches in both the quarterfinal and semifinal en route to a 6-2, 6-1 win in the Powell Bracket final.

In doubles action, Rivera teamed up with graduate student Yunuen Elizarraras (Cuernavaca, Mexico) to win the Powell Bracket in doubles. The pair defeated duos from Charlotte, Elon and Emory University with respective victories of 8-2, 8-5, 8-5.

The other two doubles groups posted top half finishes in their bracket, including graduate student Emilia Alfaro (Azul, Argentina) and sophomore Ralitsa Alexandrova (Sofia, Bulgaria) with a runner-up finish in the Gold Bracket. The pair won 8-1 in the quarterfinal and 8-5 in the semifinal before falling 8-4 to Charlotte’s Kaavya Sawhney and Lucia Aranda.

Graduate student Mariya Shumeika (Minsk, Belarus) teamed up with Carjaval in the Maroon Bracket, defeating Emory 8-2 before falling in a pair of tight 8-6 matches in the semifinal and 3/4 playoff Saturday.

Back in singles, Alfaro, Shumeika and Elizarraras all lost semifinal matches Saturday but finished third place. Shumeika’s match against Emma van Poppel was a comeback victory, as Shumeika won the first set 7-6 on a tiebreaker, then dropped the second set 6-2 before rallying back for a dominant 6-1 win in the final set.

Alexandrova joined Carvajal and Rivera in finals matches on Sunday, but lost to Elon’s Julie Ball. Her semifinal match against Lucie Petruzelova of Charlotte was perhaps the most entertaining of the weekend, as Alexandrova won 7-5, 7-6 with an 8-6 win in the tiebreaker.

The Bucs are back in action next weekend with two invitationals in North Carolina – one at NC State from Sept. 22-25 and one at Charlotte from Sept. 23-25.