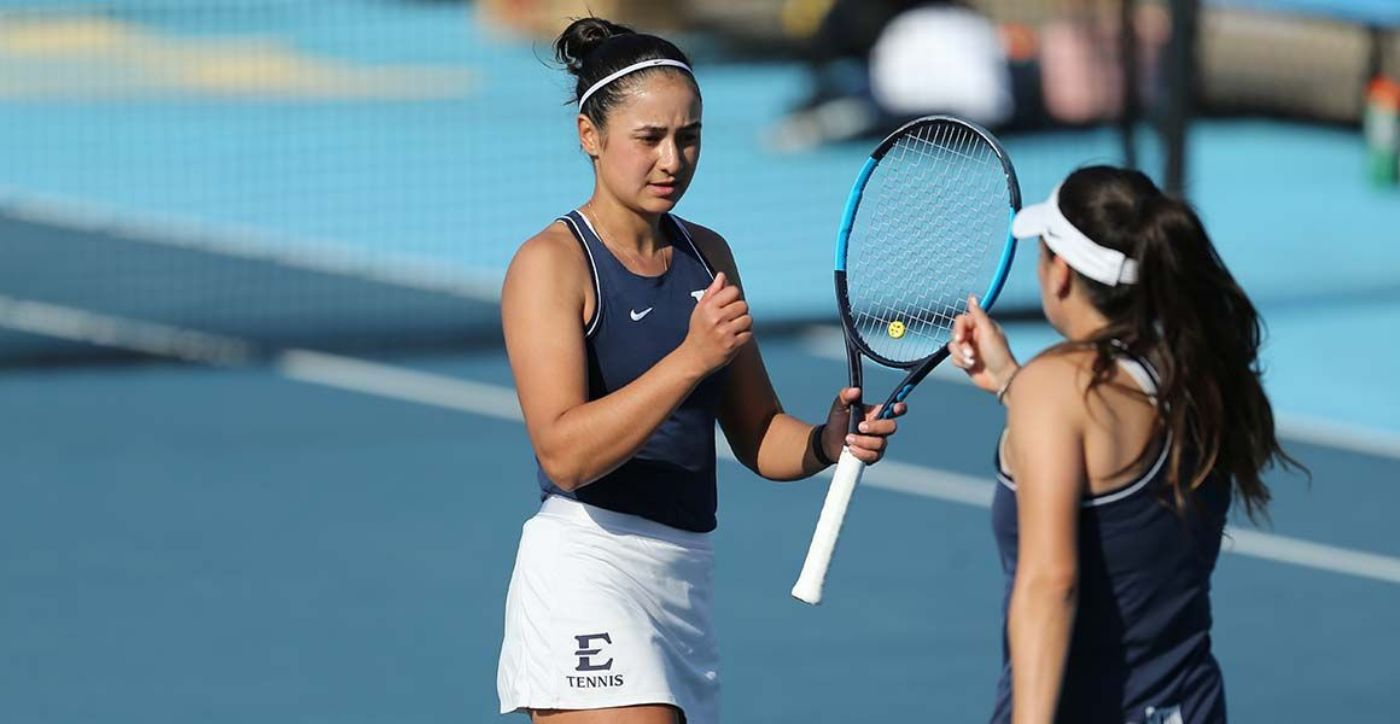 RALEIGH/CHARLOTTE, N.C. (Sept. 25, 2022) – The ETSU women’s tennis team turned in another successful fall weekend with a 20-15 combined record in competitions at both the 49ers Invite in Charlotte, N.C. and the College Ranked Spotlight in Raleigh, N.C.

Over those competitions, all seven members of the roster collected at least one singles win. Furthermore, 15 of the team’s 20 wins came in singles action.

The College Ranked Spotlight began Thursday, Sept. 22 and included two Bucs – Senior Laylo Bakhodirova (Tashkent, Uzbekistan) and redshirt junior Maria Fernanda Carvajal (Queretaro, Mexico). The duo posted an 8-4 weekend over singles and doubles, including a third place finish in Group G-H doubles with wins over Miami (FL) and Duke after a loss to Auburn in the bracket lid-lifter.

Bakhodirova, who’s ranked as the No. 106 singles player in the ITA NCAA Division I women’s rankings, was the top overall seed in the Singles Main “A-2” draw. She won her first three matches to make the tournament semifinal. She lost to eventual A-2 champion Amelia Rajecki from NC State and fell in battle for third place to finish 3-2 against some of the nation’s best.

Meanwhile, Carvajal played as an alternate and was entered into the singles round robin with seven other players Friday and Saturday. Carvajal dominated her first two matches with a 6-1, 6-0 victory over Jocelyn Massey from Kansas and a 6-3, 6-2 win over Miami’s Tatyana Nikolenko. She then faced Miami’s Maya Tahan in the final round and won a thriller – 7-6(4), 7-5.

Carvajal advanced to Sunday’s A-2 Southeast draw and battled hard in a close match against Julia Fliegner of Michigan, falling 7-6(5), 7-6(5).

Over in Charlotte, the Bucs won all nine singles matches on Friday and Saturday before falling to the host school – Charlotte – in four matches Sunday.

In doubles, Alfaro and Shumeika teamed up for a 6-3 win over a duo from Penn State, while Alexandrova pulled double duty and helped Elizarraras to an entertaining 7-6 (7-3) win against a duo from South Carolina. Rivera and Shumeika also had a doubles win together, taking down Maddie Brown and Sara McClure from North Carolina by a 6-2 final Saturday.

The Bucs head to Cary, N.C. next Saturday, Oct. 1 to begin the ITA All-American tournament.