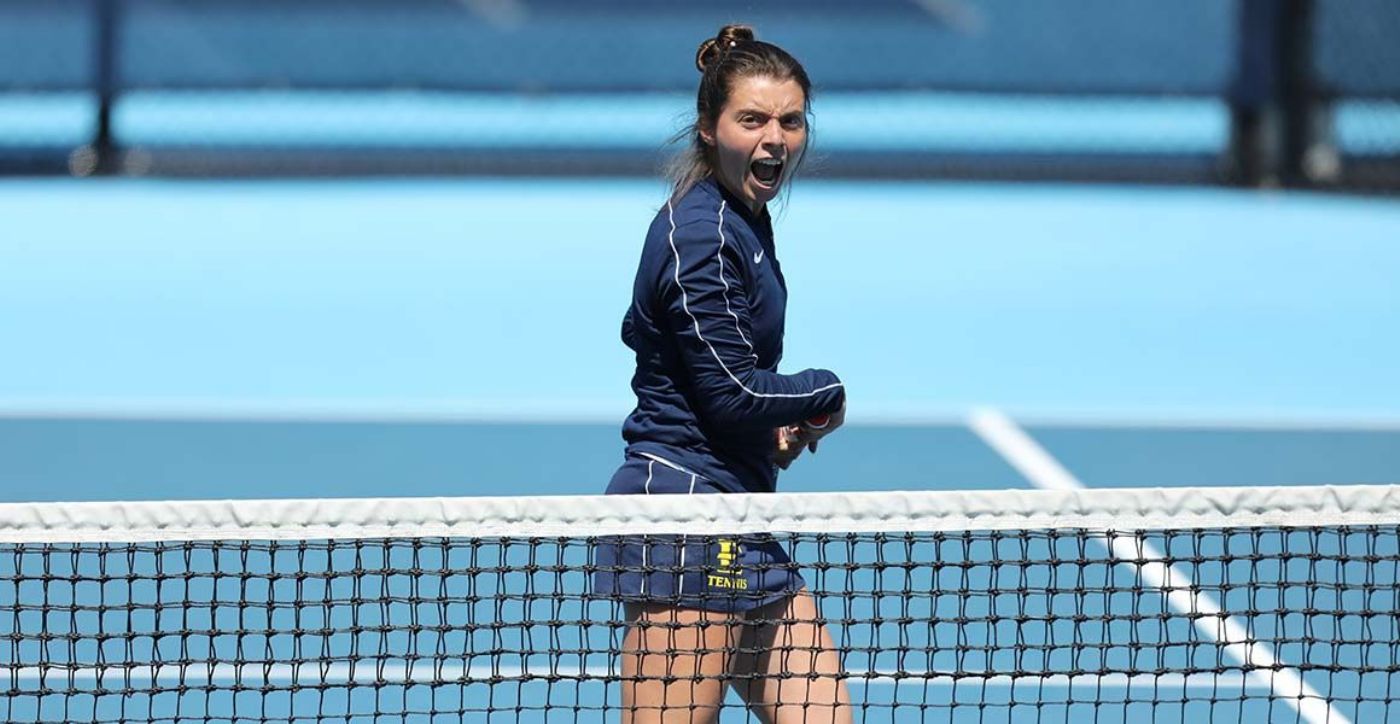 JOHNSON CITY, Tenn. (Oct. 18, 2022) – The ETSU women’s tennis team continues its fall season on Wednesday in Knoxville at the ITA Division I Women’s Ohio Valley Regional Championships. The tournament will run from Oct. 19-24.

All seven Bucs will compete in the regional tournament.

So far, the only Buc to compete in October is senior Laylo Bakhodirova (Tashkent, Uzbekistan) after qualifying for the ITA National meet in Cary, N.C. Bakhodirova was ranked No. 106 in the ITA preseason ratings. The other six Bucs will compete for the first time since late September.

Singles and doubles qualifying take place on Wednesday, while main draw competition will commence on Thursday. The format is single elimination for all matches with a consolation for singles competition.

Graduate student Yunuen Elizarraras (Cuernavaca, Mexico) will open competition tomorrow at 11:30 a.m. in the qualifying round against Sarah Lounsbury of IUPUI. Graduate student Mariya Shumeika (Minsk, Belarus) will serve as the alternate and will either play in qualifying or the B draw.

The rest of the squad begins the singles main draw on Thursday with pairings to be announced later tonight.

In doubles, ETSU will have three duos. Bakhodirova will team up with Maria Fernanda Carvajal (Queretaro, Mexico) at the top. Emilia Alfaro (Azul, Argentina) and Daniela Rivera (Maturin, Venezuela) will also join forces, while Shumeika and Elizarraras will make up the third team. Draws will be announced tonight.

Ralitsa Alexandrova (Sofia, Bulgaria) will only compete in singles competition this week.

The following teams will join ETSU in the Ohio Valley Regional:

Fans can find the most up-to-date tournament information here.