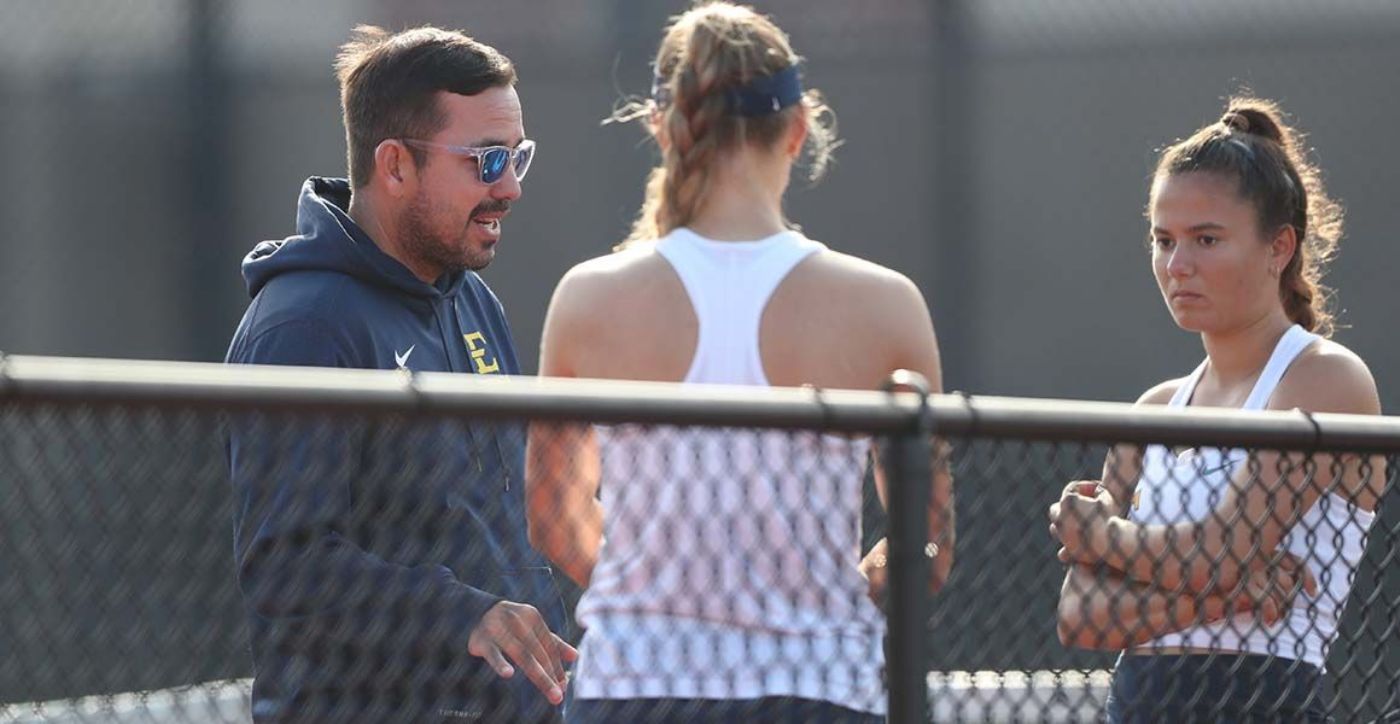 TUSCALOOSA, Ala. (Oct. 31, 2022) – ETSU women’s tennis completed its fall season this past weekend at the Roberta Allison Fall Classic at the University of Alabama, sending four Bucs and bringing home six wins to end the fall season on a high note.

All four ETSU players earned a win this weekend, led by sophomore Ralitsa Alexandrova (Sofia, Bulgaria) with a run to the finals in the Patti Farmer singles bracket. Alexandrova defeated players from Tulane and Ole Miss in straight sets to make the finals, but fell in a valiant 6-3, 6-3 effort against Troy’s Kristina Kukaras.

All four first round matches were against players from Tulane University. The Bucs won three of those matches with thrilling wins by sophomore Daniela Rivera (Maturin, Venezuela) and graduate transfer Mariya Shumeika (Minsk, Belarus) to join Alexandrova.

Rivera fended off Jiayun Zhu for a 7-6, 6-2 win in her first round matchup. She nearly made a run at the finals in the Keith Swindoll bracket, but was edged by Michigan State’s Ayshe Can in the semifinal with the third set ending 15-17.

Meanwhile, Shumeika won her first match over Tulane’s Lily Walther with a 4-6, 6-3, 11-9 victory and had an even-tighter semifinal match against eventual Beth Cleino bracket champion Juliette Nask of Michigan State. The final score in the semifinal match was 5-7, 7-5, 4-10 with Shumeika battling to win the second set.

Maria Fernanda Carvajal (Queretaro, Mexico) had some stiff competition in the Dominique Glinzler bracket, falling 10-8 in the third frame of both her quarterfinal and semifinal matches despite winning one set in each. She won her final match against Ole Miss player Ludmila Kareisova — 6-3, 6-3.

Carjaval and Rivera also picked up a doubles win over the weekend, defeating a pair from Ole Miss by a 6-2 final. They went on to have a couple of 7-5 battles against two pairs from host Alabama, but were edged in both.

In the coming weeks, ETSU tennis will announce its spring schedules.