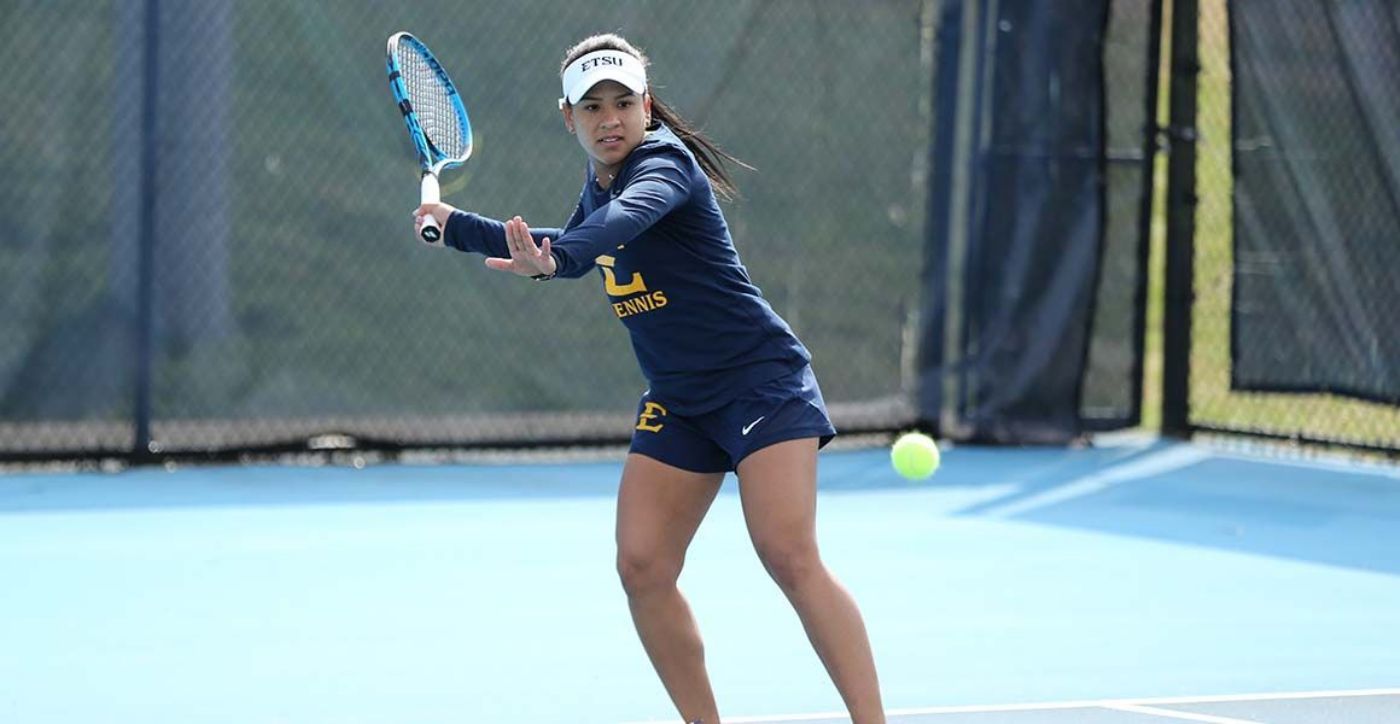 Redshirt junior Maria Fernanda Carvajal (Queretaro, Mexico) and sophomore Daniela Rivera (Maturin, Venezuela) earned a pair of singles wins in the effort, as Carvajal won 6-4, 6-2 in a convincing effort at No. 3 singles against No. 89 ranked Lillian Gabrielson.

Rivera’s match was the last one to finish, as she went three sets against Kelsey Mize in the No. 4 seed. Rivera dropped the first set 6-4, but rose off the mat and won 6-3 in the second set. The third set finished with a 7-6 (7-1) win for ETSU’s second point of the dual.

Both wins came after a tough battle in doubles which involved all four players, as Gabrielsen and Mize defeated Carvajal and Rivera 6-4 before the ETSU pair got their revenge on the singles court.

Though she did not pick up the top flight singles win, senior Laylo Bakhodirova (Tashkent, Uzbekistan) overcame a 6-3 loss in the first frame with a thrilling 7-5 win to force a third set. Her opponent, Anaelle Leclercq, won the third set 1-0 (10-4) for the Rebels’ fifth point.

ETSU drops to an even 2-2 record this season, while Ole Miss improves to 1-0 with a season-opening win.

The Blue and Gold end the month with a match next Friday, Jan. 29 at Virginia Tech set to begin at 10 a.m.