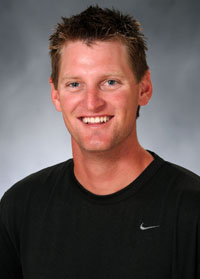 Over the last eight seasons, Travis Sandlant has helped lead ETSU's women's tennis program achieve immense success, coaching the Buccaneers to five regular season championships, three conference titles and three of the program’s four NCAA Championship appearances. His overall record as a coach is an impressive mark of 118-51, including a 63-10 mark in conference play.

Sandlant has coached seven players to ITA national individual rankings during his tenure at ETSU, including a team-high ranking of No. 51.

Before joining the  Bucs' coaching staff, Sandlant enjoyed a successful playing career at ETSU where he was named the ITA Rookie Player of the Year in 2004 and was a three-time All-American (2004-2006). Sandlant also achieved a two-time AAC Player of the Year (2005-2006) honor. He had a career-high national ranking of No. 4 in doubles and No. 6 in singles.

As a high school junior, Sandlant won the Individual Australian Secondary Schools Championship and Team Event which earned him a spot on the All-Australian Merit team. He was coached by Warren Maher and two-time Grand slam Champion,  Peter McNamara, who was ranked as high as No. 7 in the world in singles.

A graduate of ETSU, Sandlant was a key member of the 2007 team that made an NCAA tournament and won the Atlantic Sun Championship.

A native of Werribee, Australia, he currently resides in Johnson City, Tennessee.