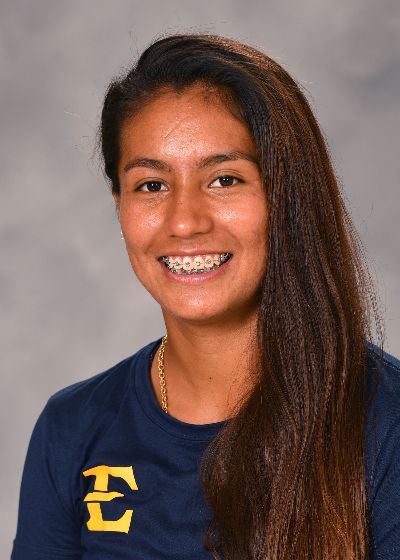 2020-21 (Sophomore) — Concluded the league season with a perfect 7-0 record in singles play and went 14-5 overall primarily at the No. 5 position... Won her last five decisions in straight sets and six of seven SoCon victories were done in two... Only three of her 14 victories went the distance... Paired with Andrea Pascual Larrinaga in doubles action and went 14-8, the best record on the team...The duo primarily played at the No. 3 spot and went 6-1 in league play. Named the SoCon Freshman of the Year and Second Team All-SoCon in doubles... Became the fourth named conference freshman of the year, two of the previous three are in the ETSU Hall of Fame.