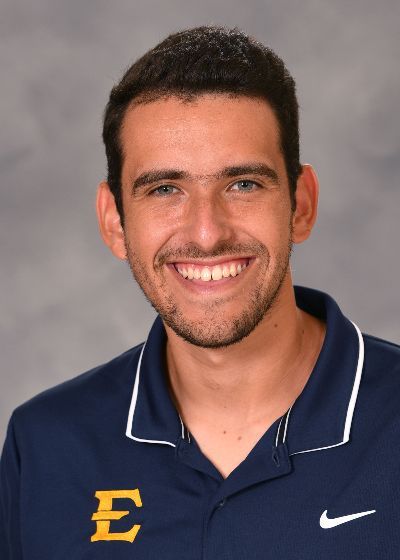 2020-21 (Graduate): Named to both the SoCon Honor Roll and the SoCon All-Academic Team … Tabbed as an ITA Scholar Athlete … Named to the Second Team All-SoCon Doubles team … Finished with an 8-5 singles record, including 7-4 from the No. 6 slot … Clinched one match on the season in ETSU’s 5-2 victory over UNC Asheville … Finished 14-2 on the season in doubles action, including 12-1 alongside teammate Dimitri Badra … The duo finished 6-0 in doubles matches in SoCon battles.

2019-20 (Senior)*: Tied for the most wins in the spring with eight (8-2) but had the best winning percentage at .800 … Finished the season 7-1 in the No. 6 singles slot and concluded the season on a five-match winning streak … Perfect 2-0 in SoCon singles, while finishing 1-1 in SoCon doubles matches … Partnered with Dimitri Badra for the most singles wins with a 7-3 record, while also dropping one match while playing alongside Thiago Pernas … Recorded the second-most singles wins in the fall with a 9-3 record, while leading the Bucs in fall doubles action following a 6-4 mark.

2018-19 (Junior): Tabbed to the SoCon Spring Academic All-Conference Team, the SoCon Honor Roll and was named a 2019 ITA All-Academic Scholar Athlete … Named the SoCon Tournament Most Outstanding Player after guiding the Bucs to a second consecutive tournament victory … Tallied a team-high 19 singles wins, including pulling a string of 16 consecutive singles wins … Finished 7-4 in doubles play during the spring season … Compiled a fall record of 3-3 in singles play and 4-2 in doubles action.

2017-18 (Sophomore): Aided the Bucs in claiming the 2018 SoCon Tournament Championship.