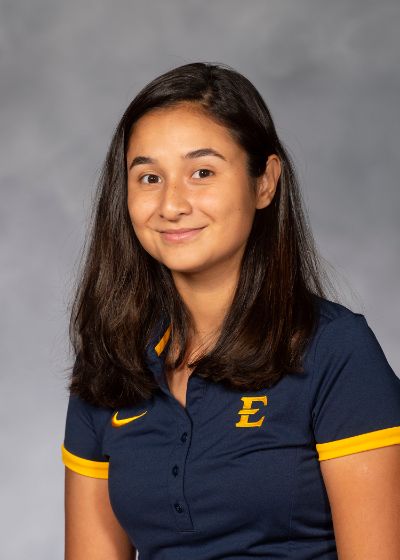 2020-21 (Junior) — Went 11-11 at the top spot in singles play and won six of seven SoCon matches... Her 11 wins were the third-most by a SoCon player at No. 1...The Uzbekistan product won three SoCon matches in straight sets without allowing her opponent to win more than three games in a set... Additionally, she was 2-0 in SoCon matches that went to three sets... In doubles, she and Emilia Alfaro won 10 matches at the No. 2 spot, including a 5-2 record in league action... First Team All-SoCon selection.

2019-20 (Sophmore)*- At the No. 1 spot in singles play, she went 8-4 overall in campaign...Won seven straight singles matches...With Alejandra Moreales as the number one doubles duo, the team went 6-4 in doubles play...Won SoCon Player of the Week accolades (Feb. 18).

2018-19 (Freshman) - At the number one spot in singles play, she went 8-10 in her freshman year campaign...with Alejandra Moreales as the number one doubles duo, she went 7-13 in doubles play...named to First Team All-SoCon

Personal: Born January 23, 1999…Daughter of Sardor and Muzifa…Plans to major in Business Management…Chose ETSU because of the tennis team and academic programs.