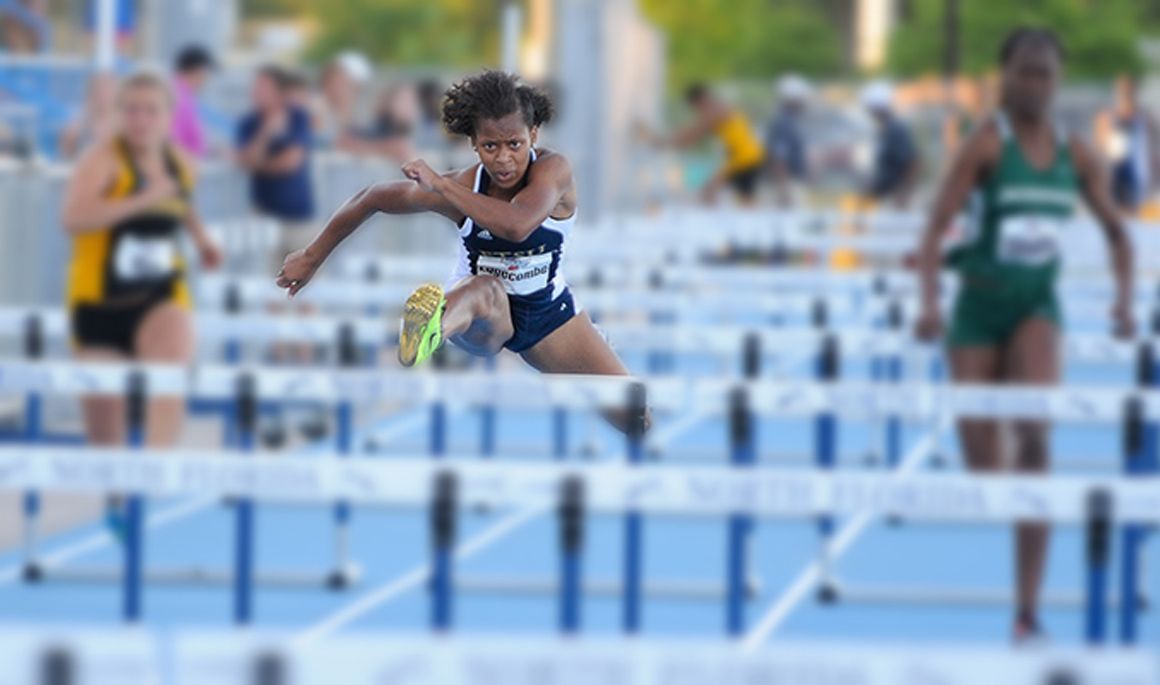 A day after setting a school record in the 100mH, Edgecombe was unable to shave time off that mark and post a qualifying time for nationals. Needing to finish in the top-12 to advance to Eugene, Ore., Edgecombe placed 20th with a time of 13.50 in Saturday night’s quarterfinal.

ETSU track and field head coach George Watts was pleased with Edgecombe’s effort and everything she has accomplished during her time as a Buccaneer student-athlete.

“Dede has nothing to be ashamed of today. She has done a fantastic job representing ETSU track and field as a student and athlete,” said Watts. “Among her many successes, Dede leaves as the school recorder holder in the 60mH and 100mH, as well as 2015 Southern Conference Athlete of the Year.”

Kentucky’s Kendra Harrison, who turned in the fastest time in Friday’s first round, accomplished the same feat 24-hours later as she won the 100mH regional after clocking in at 12.62 in the quarterfinal. Tennessee State’s Amber Huges was the last athlete to qualify for nationals as she finished 12th in 13.30.

During her time in the Blue and Gold, Edgecombe won three conference championships (two A-Sun and one SoCon) in the 60mH, and one conference title in the 100mH (2015 SoCon). Furthermore, she appeared in three NCAA Regionals, while leaving as the ETSU record holder in the 60mH (8.29) and 100mH (13.32). Edgecombe was also named Most Outstanding Track Performer and shared Most Outstanding Athlete honors at the 2015 SoCon Outdoor Track and Field Championships.