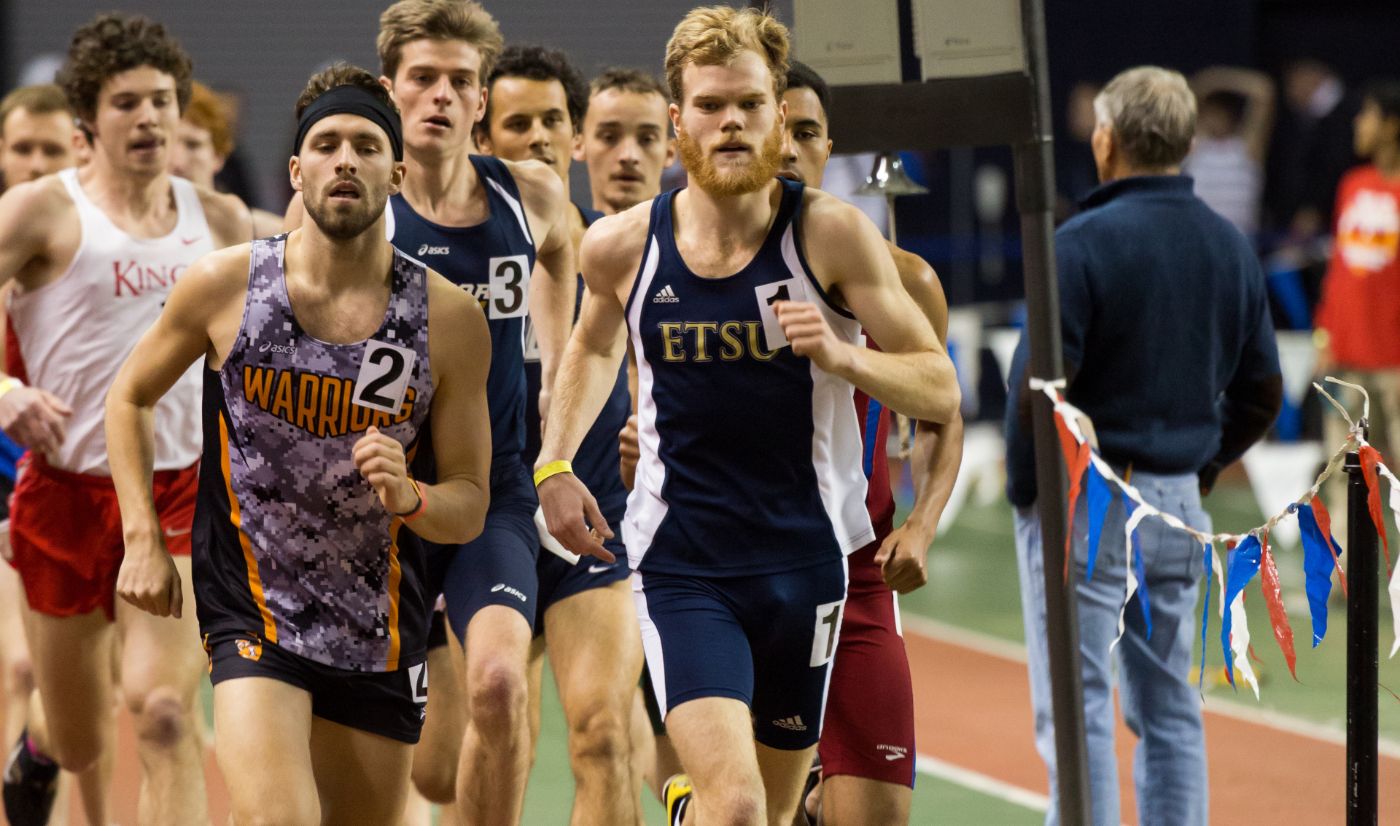 JOHNSON CITY, Tenn. (Jan. 16, 2016) – The ETSU Track & Field program received a hefty boost from its underclassmen in the final day of the ETSU Invitational at the ETSU/MSHA Athletics Center on David E. Walker Track at Gentry Field. Four freshmen or sophomores posted four of ETSU’s seven top five finishes and secured nine of the 13 top finishes in their respective events.

“This year’s ETSU Track & Field Invitational was the best run meet we've had in the four years I've been the head coach,” said ETSU Director of Track & Field/Cross Country George Watts.  “Hats off to the staff and the 75 plus people that worked as officials and volunteers.  You can't put on a great meet without the caring individuals that give their time and energy to help the many student-athletes perform at their very best.”

The high point for the Buccaneers Saturday came in the Men’s Distance Medley Relay where the team of Angus Baldwin (Tumbi Umbi, Australia), Nathan Rivera (Knoxville, Tenn.), Ashton Wilson (Gray, Tenn.) and Simeon Roberts (Greeneville, Tenn.) won the event with a time of 10:16.84. Roberts also notched his second consecutive meet finishing in the top five in a solo running event as he was fourth in the men’s one mile run.

“We had a solid day of competition with a victory in the Men's Distance Medley Relay to lead the way for the Bucs,” remarked Watts. “I was very pleased with many of our younger kids as they improved their performances from last week’s meet.”

Junior Patrick Taylor (Chattanooga, Tenn.), Nick Horne (Blountville, Tenn.) and Jordan Scott (Friendsville, Tenn.) nabbed the other three top five finishes on the men’s side for the Bucs as the trio concluded their events in fifth place.

Meanwhile on the women’s side, senior Ashley Kessler (Knoxville, Tenn.) finished third in the pole vault, while freshman Kyra Atkins (Greer, S.C.) finished up in the same place in the 60m hurdles. Fellow freshman Kiana Davis (Ooltewah, Tenn.) earned her first collegiate top five as she finished fifth in the 60m dash with a time of 7.78.

After two consecutive weeks of action, the Buccaneers will take a week off from competition and will resume their season Jan. 29-30 when they travel to Winston Salem, N.C. for the Camel City Classic.

“We will get a much needed break from competition, get some kids healthy and prepare for our next meet two weeks from now,” said Watts.