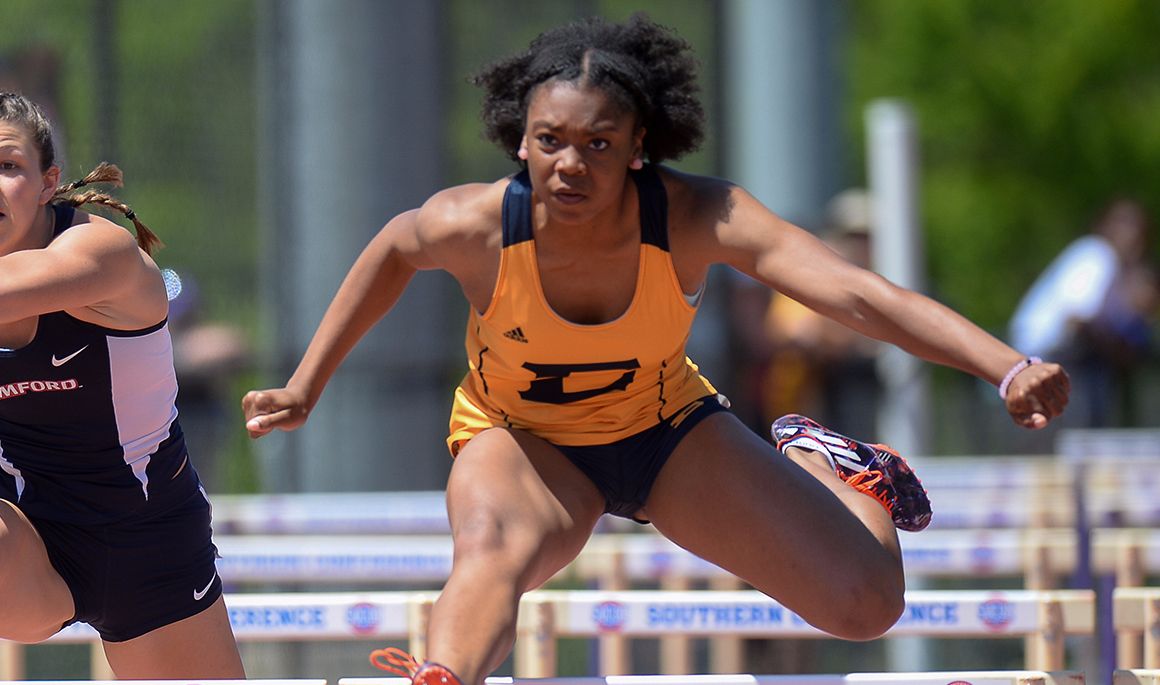 JACKSONVILLE, Fla. (May 28, 2016) – On the final day of the NCAA East Preliminaries, freshman Kyra Atkins (Greer, S.C.) saw her outstanding outdoor season come to an end after running a time of 13.56 in the 100 meter hurdle quarterfinals.
In the second heat of the 100mH quarterfinals, Atkins finished eighth with a time of 13.56. Overall the time for the Greer, S.C., native was the 24th fastest time.
On Friday Atkins produced a record breaking performance to automatically qualify for the quarterfinals, posting a career best time of 13.32 to tie the ETSU school record.
For Atkins, the outdoor season comes to a close but not after securing multiple accolades. She accomplished two individual Southern Conference titles in the 100mH and women's long jump along with being named SoCon Outdoor Track and Field Freshman of the Year.
The ETSU Track and Field program will have one athlete heading to Eugene, Oregon for the 2016 NCAA Championships, June 8-11 as junior Michael Williams qualified yesterday in the mens 400mH. Williams is the first Buccaneers to head to the national championships since 2014.
For more information on Buccaneer Track and field, visit ETSUBucs.com and click on the track and field pages.