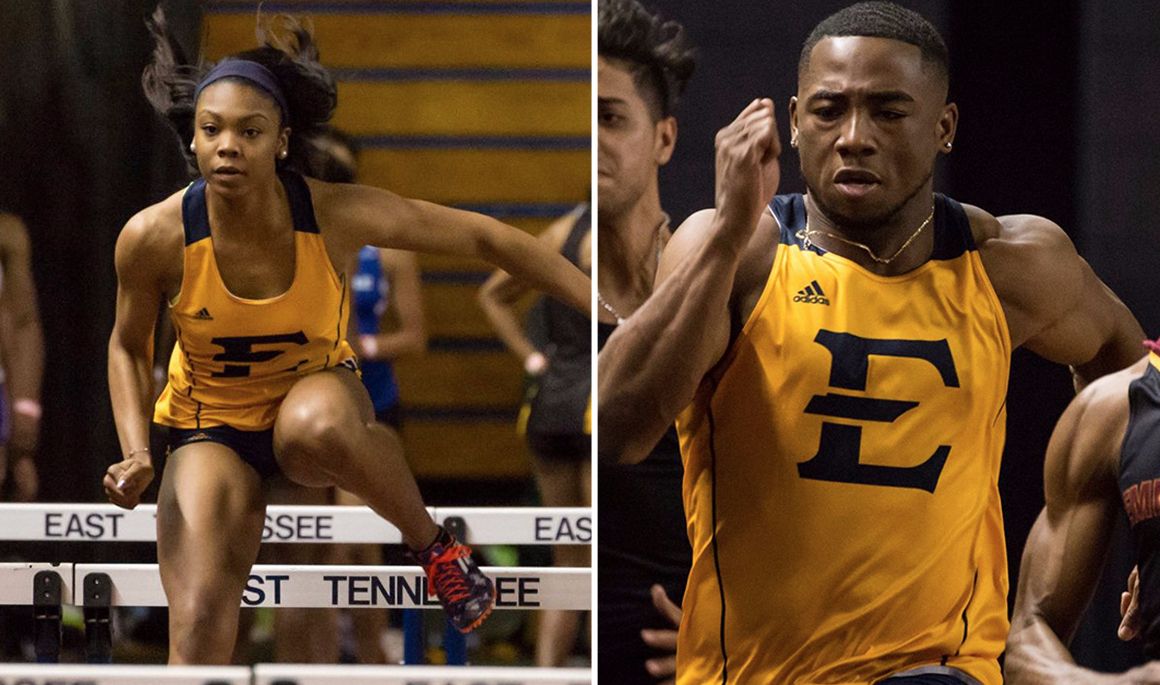 CHARLOTTE, N.C.  (March 18, 2017) – It was an enjoyable final day of the Charlotte 49’er Classic for the ETSU Track and Field program as the Buccaneers claimed four event victories at the Irwin Belk Track & Field Center on Saturday.

Sophomore Kyra Atkins (Greer, S.C.) took home her first 100 meter hurdle title of the outdoor season on Saturday as Atkins finished with a time of 13.49. Atkins finished .13 ahead of the second place finisher.

Shortly after claiming the Bucs first event victory of the day senior Matt Moore (Oak Ridge, Tenn.) placed first in the 100m with a time of 10.71. It is Moore’s first 100m title of the outdoor season.

The men’s 4x800m relay team earned a first place finish after running a time of 7:53.05 to beat out competitors such as Coastal Carolina, Concord and Pfeiffer.

ETSU placed four in the top ten and three in the top five in the men’s 3000m as freshman Ben O’Connor (Statesville, N.C.) led the way with a second place finish and a time of 8:49.80. Following O’Connor in third place was junior Carl Oberfeitinger (Kingsport, Tenn.) with a time of 8:50.80. Freshman Soresa Gemechu (Johnson City, Tenn.) finished fifth with a time of 8:51.45 while sophomore Nick Horne (Blountville, Tenn.) placed ninth with a mark of 9:00.20.

The track and field program will compete next weekend at the Raleigh Relays in Raleigh, N.C., March 24-25.