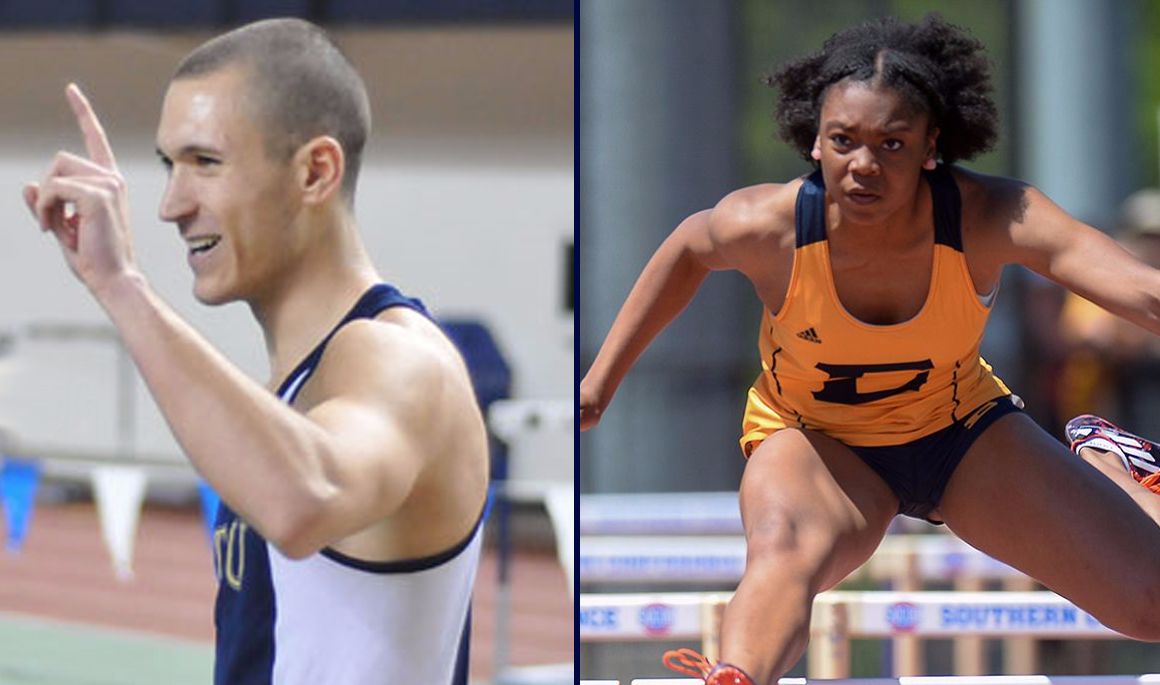 CULLOWHEE, N.C. (April 15, 2017) – It was a day to remember for the ETSU Track & Field program on Saturday as the Buccaneers recorded seven event victories on the final day of the 2017 Benyon Sports Catamount Classic.

"We had a solid meet especially in the field events as we wait for some key people to get healthy," said director of track & field/cross country George Watts. "It was also nice to get the baton around the track in the 4x100m relay."

With three event wins was sophomore Kyra Atkins (Greer, S.C.) who led the women’s 4x100m relay team of Katrina Seymour, Kiana Davis and Lamisha Simmons to the first victory of the day after posting a time of 46.01. The mark is the fastest time in the Southern Conference this season.

On the men’s side, the 4x100m relay team of Matthew Moore, Michael Williams, David Perez and Patrick Taylor had an impressive day on the track, finishing second with a time of 41.37. The mark was the second fastest in the SoCon this season. Later in the day, the 4x400m relay team of Tyler Houston, David Perez, Matthew Moore and Patrick Taylor finished fifth with a time of 3:23.51

The highlight of the day on the men’s side was the Buccaneer domination in the 1500m as ETSU had six place in the top ten, four in the top five and had the first two finishers. Winning the event with a time of 3:54.05 was junior Simeon Roberts (Greeneville, Tenn.) while freshman Adam Bradtmueller (Sarasota, Fla.) was close behind in second with a time of 3:55.92.

In the field, senior Brett Squibbs (Rock Hill, S.C.) continued to compile an impressive outdoor season capturing his third pole vault victory of the season. Squibbs finished first with a mark of 4.90m (16’ .75”).

ETSU will be back in action next weekend as the team head to Atlanta, Ga. to take part in the Georgia Tech Invitational, April 21-22. The blue and gold will have their final tune-up before the SoCon Championships on April 28 as the Western Carolina Invitational.


For more information on Buccaneer Track and field, visit ETSUBucs.com and click on the track and field pages.