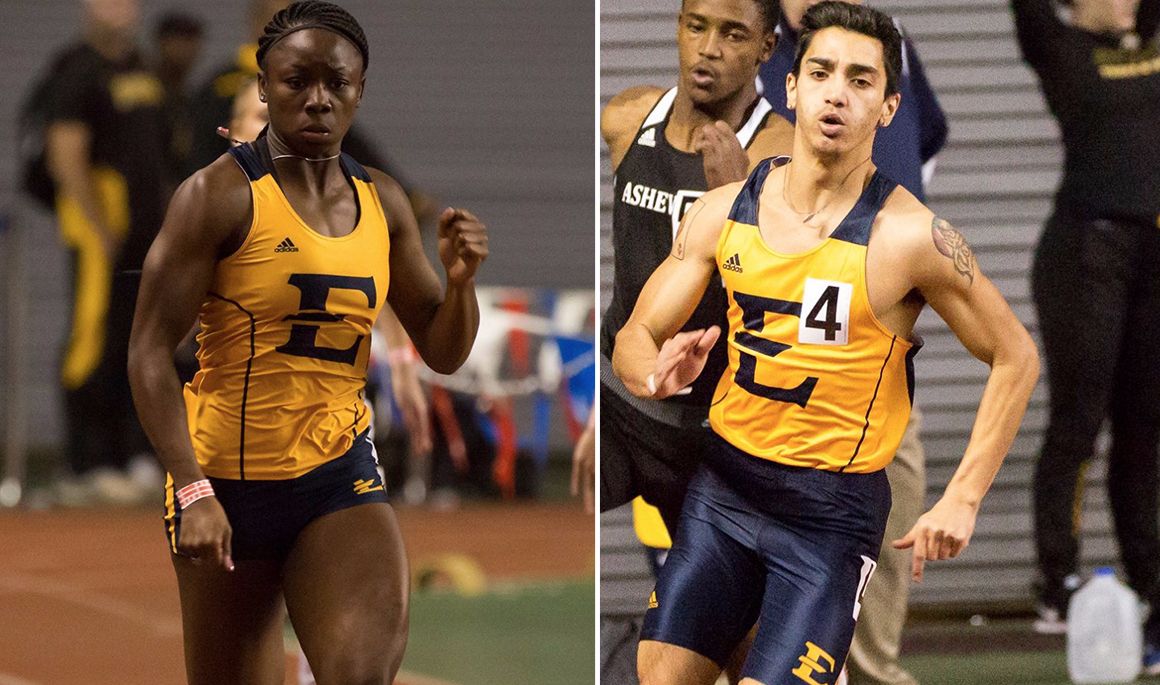 ATLANTA (April 22, 2017) – The ETSU Track & Field wrapped up day two of competition at the Georgia Tech Invitational on Saturday afternoon which was highlighted by one event victory and impressive relay performances.

ETSU had one victory on day two in the 400 meter hurdles as senior Katrina Seymour (New Providence, Bahamas) finished first with a time of 58.96. For Seymour, it’s her first victory in the event this outdoor season.

The 4x100m relay team of Kyra Atkins, Kiana Davis, Lamisha Simmons and Seymour had an impressive showing on the track finishing second in the event with a time of 45.38. The 4x100m relay squad finished just .15 behind event winner Syracuse.

On the men’s side, the Buccaneers placed two in the top 20 in the 800m as junior Simeon Roberts (Greeneville, Tenn.) finished 11th in the event with a time of 1:53.97. Not far behind Roberts in 20th was junior Haydn Borghetti-Metz (Rogersville, Tenn.) who posted a time of 1:55.63.

ETSU will have its final tune-up before the Southern Conference Championships next weekend as the Bucs head to Cullowhee, N.C., April 28 for the Western Carolina Invitational. The blue and gold will then have a week off to prepare for the SoCon Championships, May 11-12 in Birmingham, Ala.