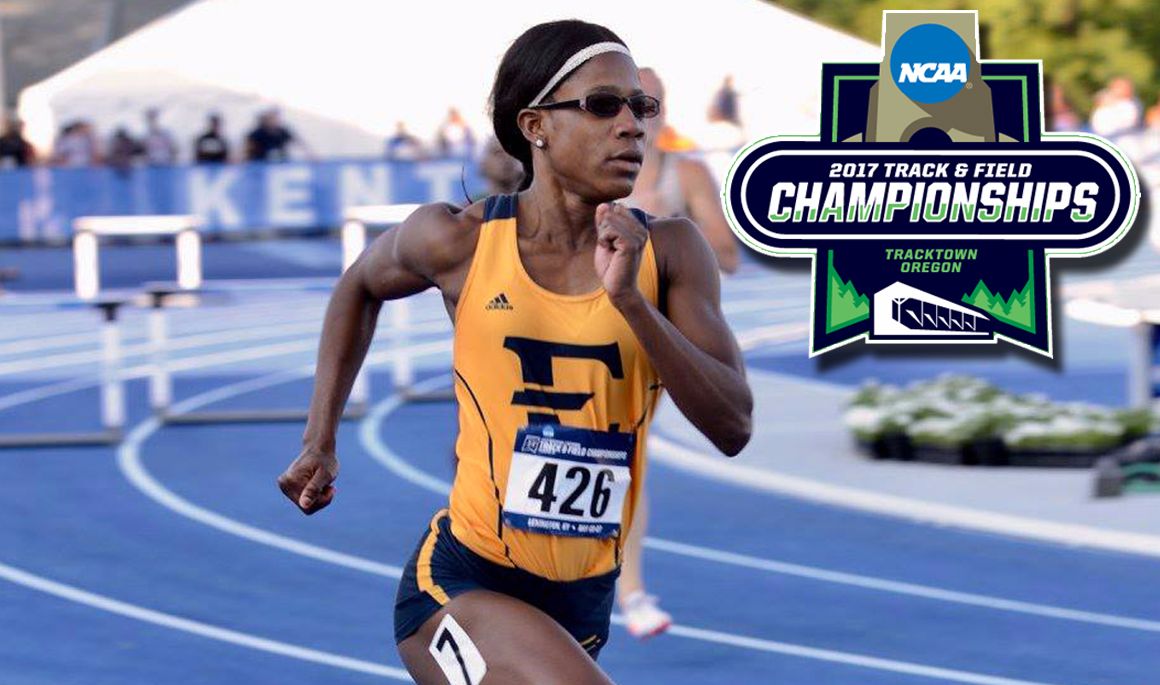 EUGENE, Ore. (June 8, 2017) – Senior Katrina Seymour (New Providence, Bahamas) is heading to the 400 meter hurdle finals at the NCAA Championships after posting a time of 57.22 on Thursday night at historic Hawyard Field.

By advancing to the 400mH final, the New Providence, Bahamas, native has earned First Team All-American status in the women’s 400mH.

"Katrina has done something pretty special today. To make the final in the NCAA Championships is very difficult and now she has an opportunity to extend her college career for another race," said director of track & field/cross country George Watts. "She will need to make some technical adjustments and trust that she can run with anyone in the field."

In the first heat of the event, Seymour surged towards the end of the race to finish third and just miss out on second place and automatically qualifying as the second place finisher was just .7 seconds ahead.

Seymour becomes the first ETSU female individual athlete to advance to an event final since 2009 when Heidi Dahl did so in the 1500m.

"Although she was the final qualifier and will likely draw lane one, that should not hold her back from having a successful outcom," said Watts. "I couldn't be more proud of her and what she has accomplished this year."

It is the second straight year that ETSU has had athletes recognized as All-Americans with Seymour earning First Team honors and Michael Williams earning Second Team honors last season.