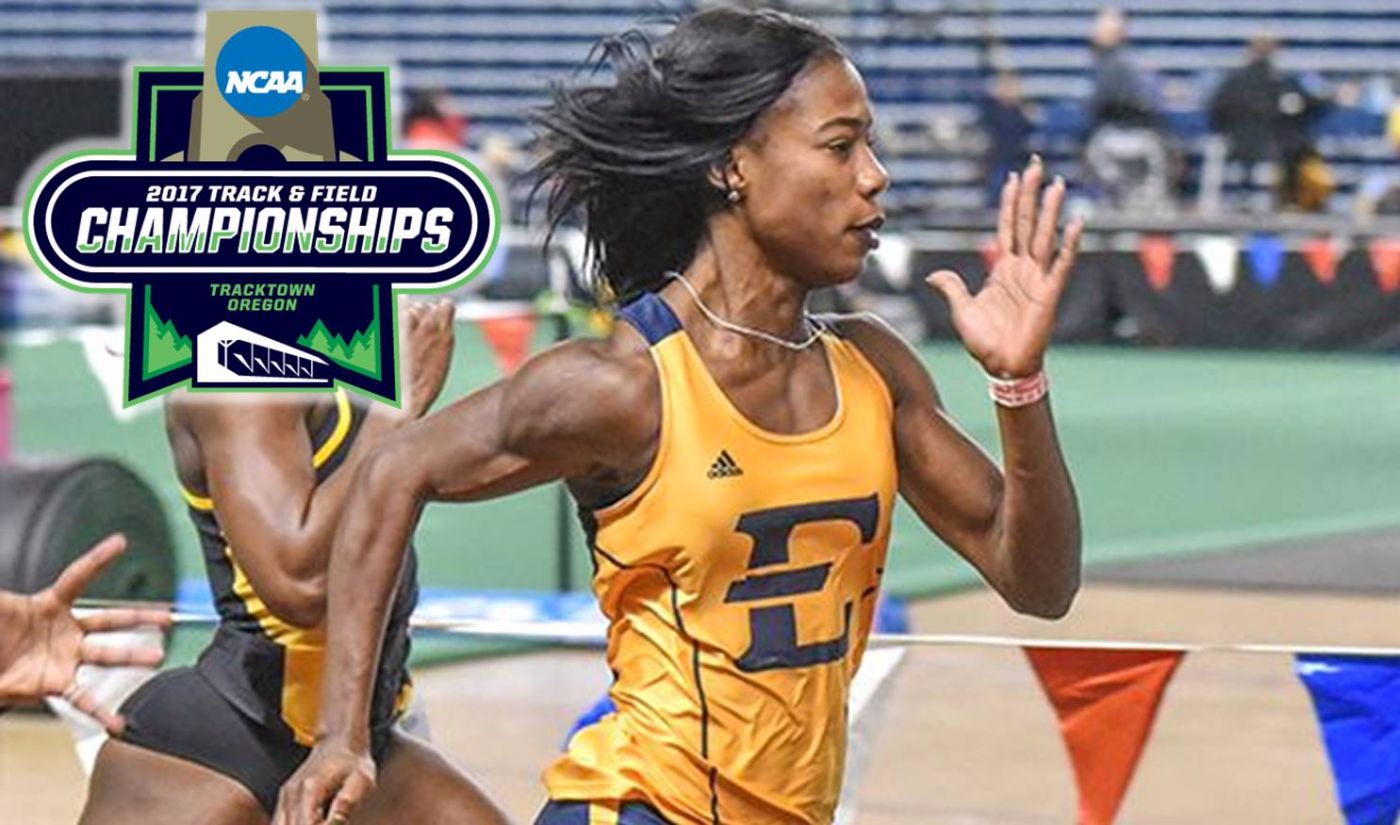 Seymour placed 8th at the NCAA Championships with a time of 59.68

Seymour claimed lane one for the final and competed against competitors from power five schools such as Purdue, University of Southern California, Arizona and Texas.

"Although Katrina had a tough run today she put ETSU on the scoreboard for the first time  since 2009,"said director of track & field/cross country George Watts. "That is quite an accomplishment. Hopefully this is something we can build on and have more athletes qualify in the future. Katrina has proven it can be done."

Seymour’s eighth place finish is the highest finish by an ETSU track and field athlete since Heidi Dahl finished sixth in the 1500m at the 2009 NCAA Championships.

The New Providence, Bahamas native garnered First Team All-American honors after making the 400mH final by recording a time of 57.22 to finish third in her heat in the semifinals on Thursday.

This outdoor season, Seymour claimed  four event victories, 13 top ten finishes and set the ETSU school record in the 400mH four times. At the NCAA East Prelims, Seymour set the ETSU and Bahamian national record with a time of 56.32 in the 400mH.

"Katrina has a future in the sport and we look forward to watching her represent the Bahamas in future World Championships and Olympic Games. She will always be Buc," said Watts.

Seymour becomes the first individual ETSU women’s track and field athlete to make it to the NCAA Championship final and garner first team All-American honors since Heidi Dahl did so back in 2009.

It’s the second straight year that ETSU has had an athlete recognized as an All-American as Michael Williams earned Second Team All-American honors in the 400mH a year ago.