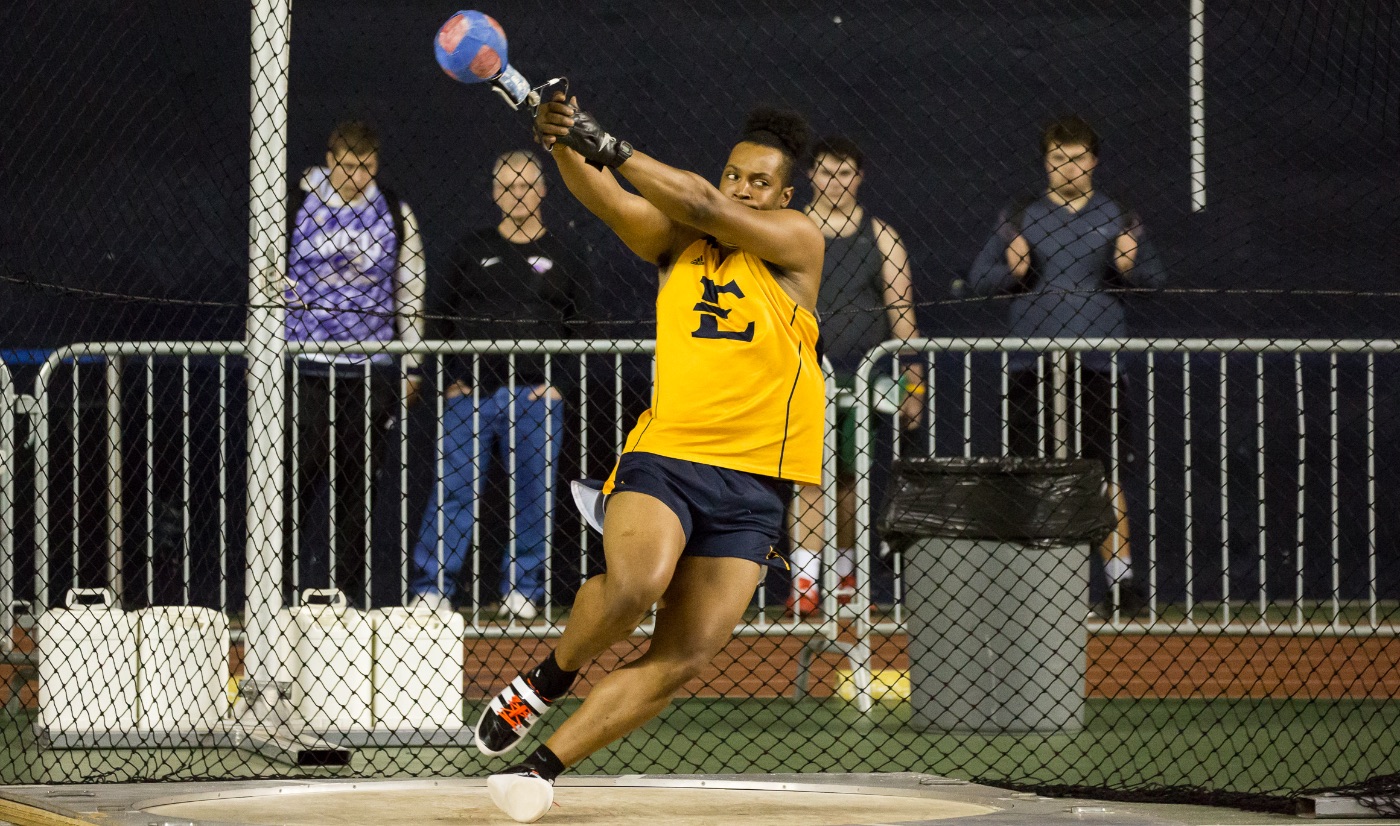 JOHNSON CITY, Tenn. (Jan. 12, 2018) – Day One of the ETSU Track and Field Invitational is now in the books, and the Buccaneer track and field team turned in strong results to open the 2018 indoor season Friday in the dome.

Among those results, redshirt junior Ben Johnson (Nashville, Tenn.) set an ETSU school record in the men’s weight throw with a mark of 19.86m. This mark breaks his previous personal best (also the previous school record) of 18.91m by nearly a full meter.

"I thought we had a very solid Day One at the ETSU Track and Field Invitational," said ETSU head coach George Watts. "The big highlight of the day was the win and school record by Ben Johnson. He has done a fantastic job over the last year to become, if not the best, certainly one of the all-time best throwers at ETSU. He now holds four of the six throws for school records and appears to have chance to improve on all of them."

More Highlights from Day One

On successful prelims: "I thought Lamisha, Kyra and Hunter (Sampson) ran really nice races to advance to Saturday's finals, and I look forward to seeing how they handle their first finals of the year."

On women's 800m and tomorrow's DMR: "We had a nice 2-3 finish from Emily and Heather in the women's 800m run with big personal best performances from both of them. They will be the lead off and anchor legs on tomorrow's DMR, and I expect us to be in the hunt for a medal."

On the women's throwers: "Our women throwers had a very nice first day with multiple personal bests, highlighted by Camryn making the final in the weight throw. The throws group has done a nice job throughout the fall and to this point of the season, and, if they stay patient, will do very well throughout their careers."