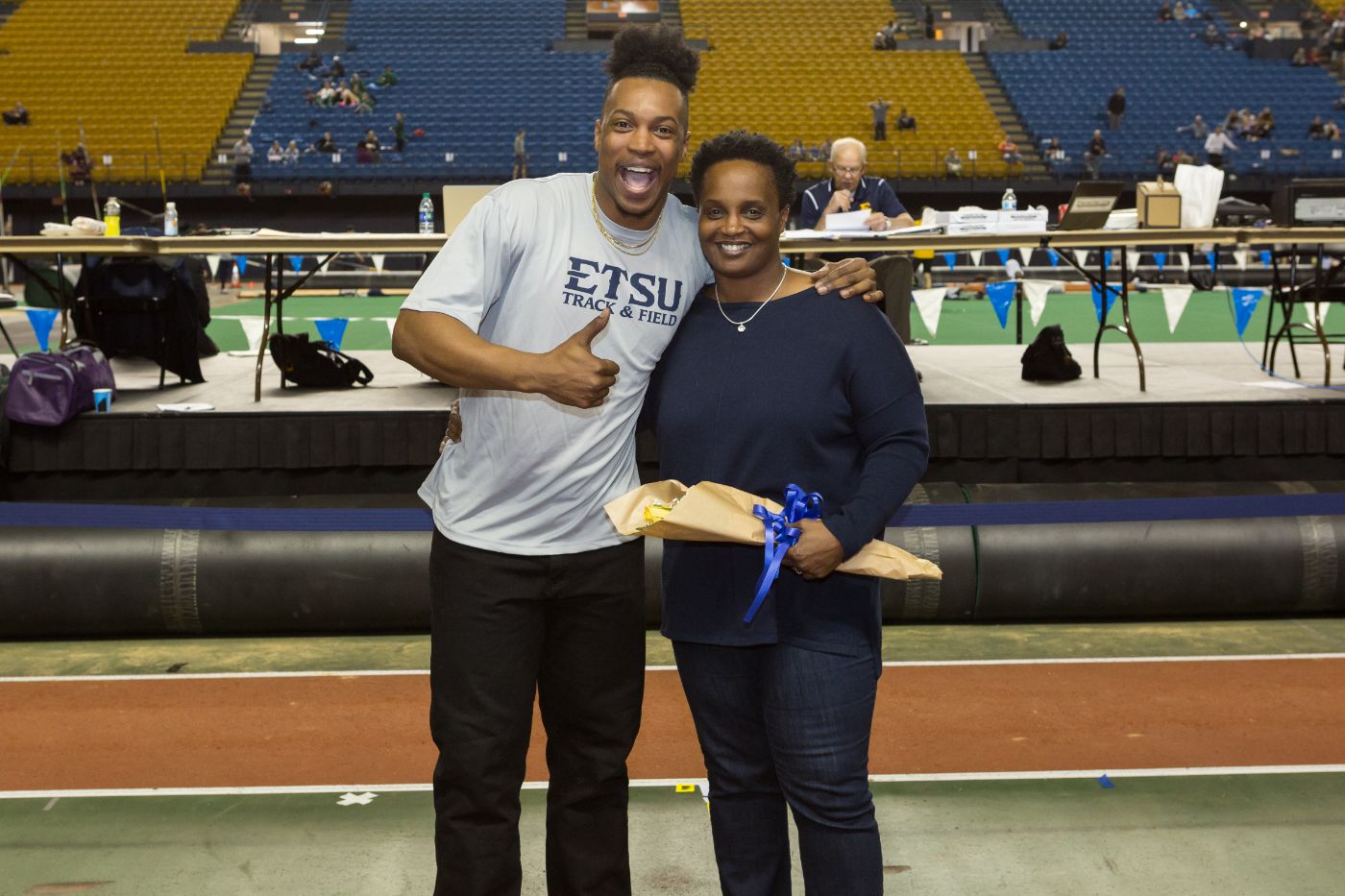 ETSU standout Ben Johnson (Nashville, Tenn.) shattered his own school record in the discus on Friday, in the first day of the Raleigh Relays.

Johnson’s throw of 171’ 4” eclipsed his old program record – set at last year’s Southern Conference Championships -- by more than six feet and gave him a podium finish on Friday. Johnson was 3rd out of a field of 38 on a partly cloudy, 68-degree day at the Paul Derr Track in Raleigh, N.C.

Johnson broke ETSU records in the hammer thrown and the javelin in last week’s Weems Baskin Invitational, earning him SoCon Field Athlete of the Week honors this past Wednesday.

Johnson would finish 22nd in the shot put later on Friday. He’s scheduled to compete in the javelin and the hammer throw on Saturday.

Another podium result came from Simeon Roberts (Greeneville, Tenn.), who came in 3rd in the men’s 3000m steeplechase. The senior’s time of 8:53.55 was a personal best by more than six seconds.

Johnson’s appearances in the javelin and hammer begin a light schedule for ETSU on Saturday’s final day of the Raleigh Relays. The Bucs are also scheduled to compete in both 4 x 800 relays.