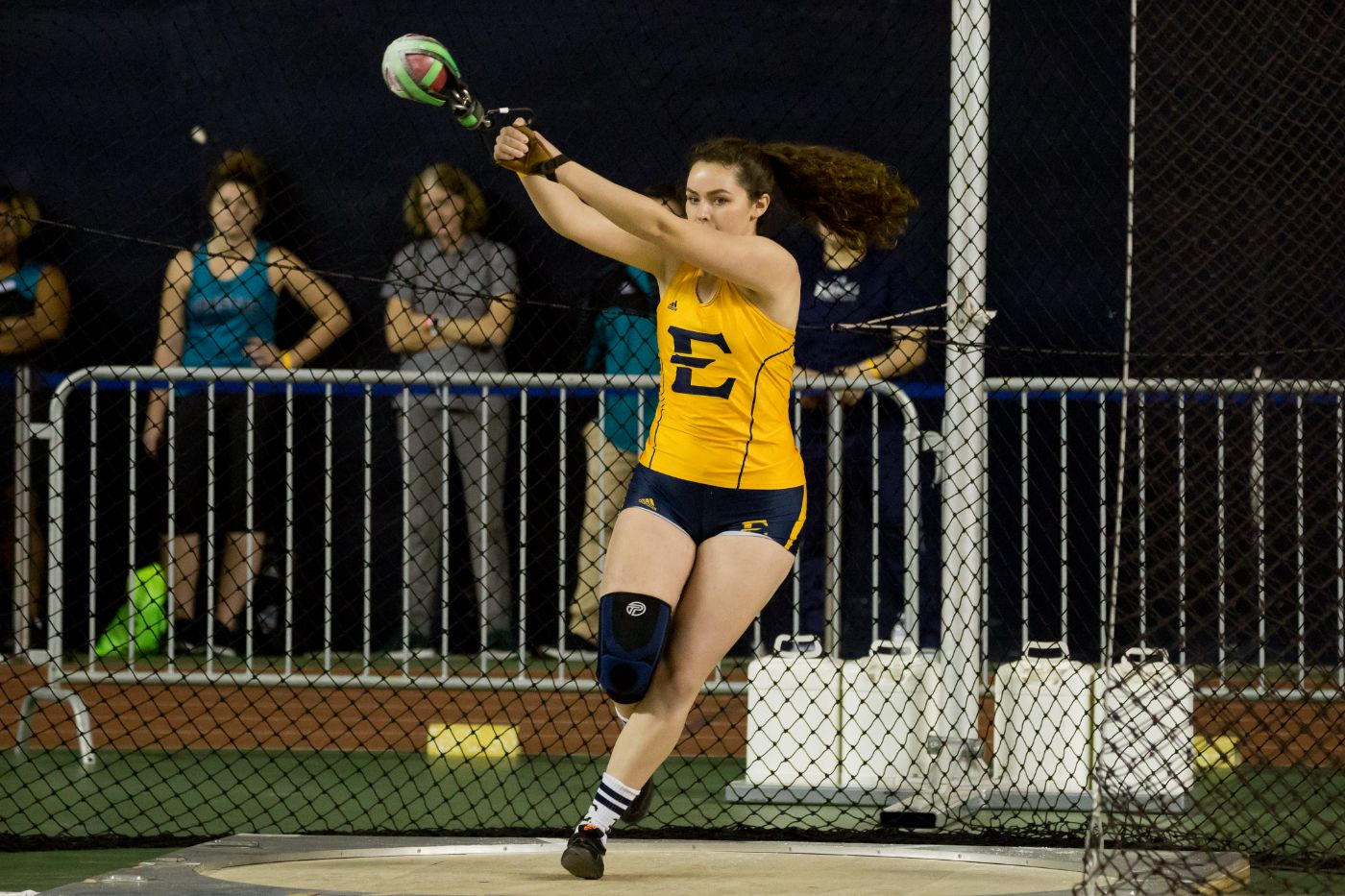 HIGH POINT, N.C. (April 6, 2018) -- The day began and ended well, and wasn’t too bad the rest of the time, for ETSU’s track and field teams at the VertKlasse Meeting on Friday.

The Bucs claimed outright victories in two events, turned in the best collegiate performance in another, and produced more than 20 top-ten results overall on an overcast, mostly calm, 67-degree day in High Point, N.C.

The Bucs’ first victory came in the first event of the day – the women’s javelin. Alyssa Whipkey (Pennsville, N.J.) claimed the win by crushing her career best with a throw of 149’ 9” (45.64m), more than 16 feet better than anyone else in the field and seven feet longer than her old mark set at the Weems Baskin Invitational on March 23.

ETSU’s second victory came in the last collegiate track event on the schedule, the men’s 5000. Senior Carl Oberfeitinger (Kingsport, Tenn.) broke the tape in 15:05.04, nearly eight seconds ahead of the rest of the field and more than six seconds faster than his previous best this season. Nathan Longfellow (Cookeville, Tenn.) was 4th at 15:16.57.

Ben Johnson (Nashville, Tenn.) was the top college athlete in the men’s hammer with a throw of 184’ 5” (56.21m), more than 15 feet longer than the next-best collegiate. Nathaniel Padfield, a former Gardner-Webb athlete who was competing unattached, won the event.

Another Buccaneer making a first-ever event appearance was freshman Aliyah Hill (Snell, Ga.), in the triple jump. Hill’s effort of 37’ 1¼“was good for 5th out of a field of 21 entrants.

The VertKlasse Meeting was originally scheduled for two days, Friday and Saturday. But forecasts of inclement weather on Saturday led organizers to stage every event on Friday. The Bucs’ next meet is the Benyon Sports Catamount Classic in Cullowhee, N.C., April 13-14.