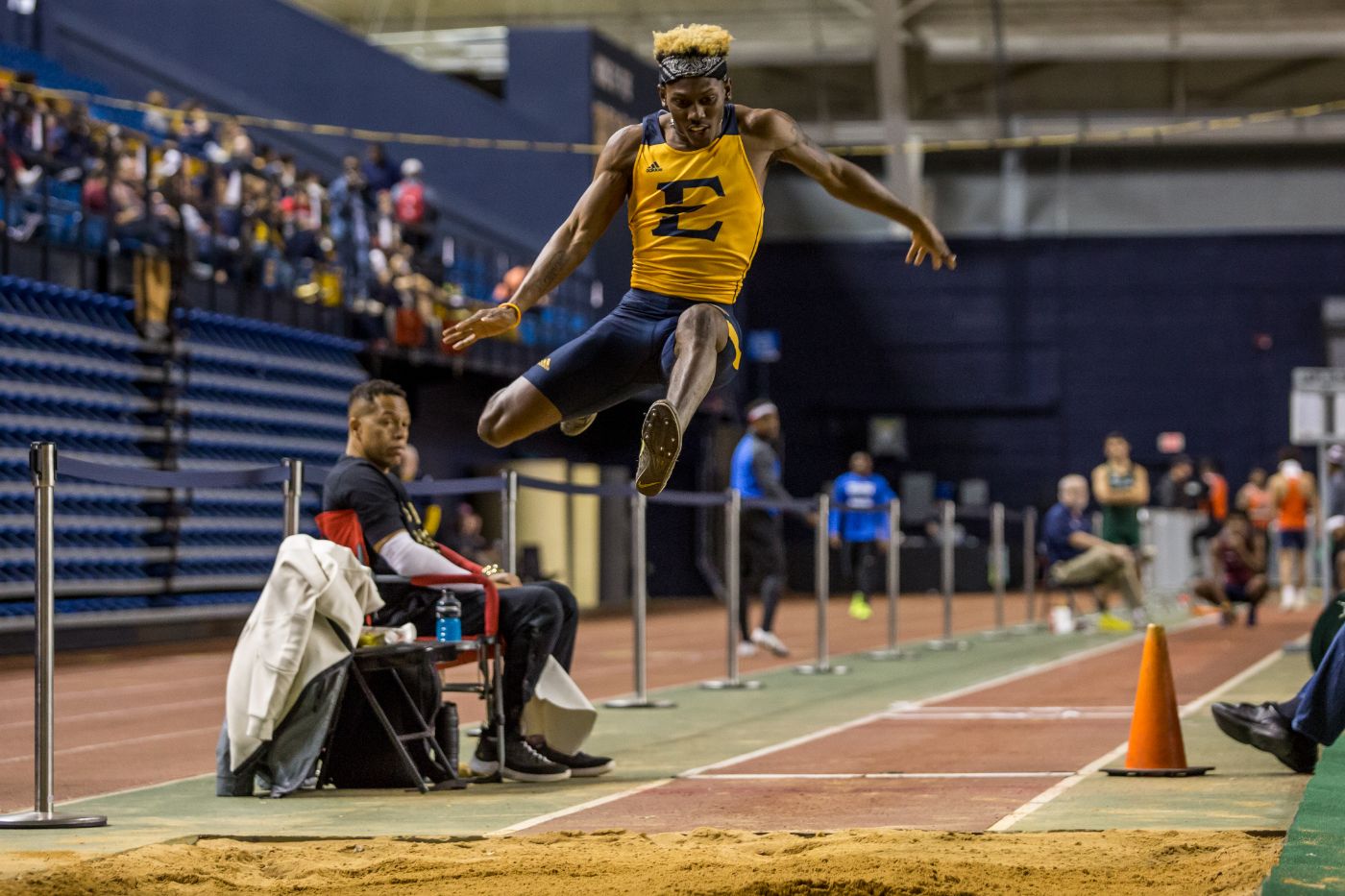 CULLOWHEE, N.C. (April 13, 2018) -- Four podium finishes, with one from a freshman, were the highlights for ETSU on the first day of the Catamount Classic, Friday in Cullowhee, N.C.

Karon Delince (Phenix, Ala.), in his first collegiate outdoor meet, came with a scant ¾” of winning the men’s long jump. The freshman’s distance of 23’ 10¼” (7.27) was just shy of Adrian McGee of North Greeneville.

In the women’s javelin, Alyssa Whipkey (Pennsville, N.J.) -- who won the women’s javelin at last week’s VertKlasse Meeting and was named the Southern Conference Field Athlete of the Week on Wednesday -- was a close runner-up on Friday. Her throw of 140’ 6” (42.82m) was 19 inches off the lead, but six feet better than the 3rd-place performance.

Ben Johnson (Nashville, Tenn.) was the top collegiate finisher in the men’s javelin. He was second only to unattached competitor Capers Williamson, a former standout at The Citadel who made the finals of the U.S. Olympic trials in 2016. Johnson’s throw of 205’ 4” was the 2nd-best of his career and nearly 46 feet longer than any other college athlete in the field.