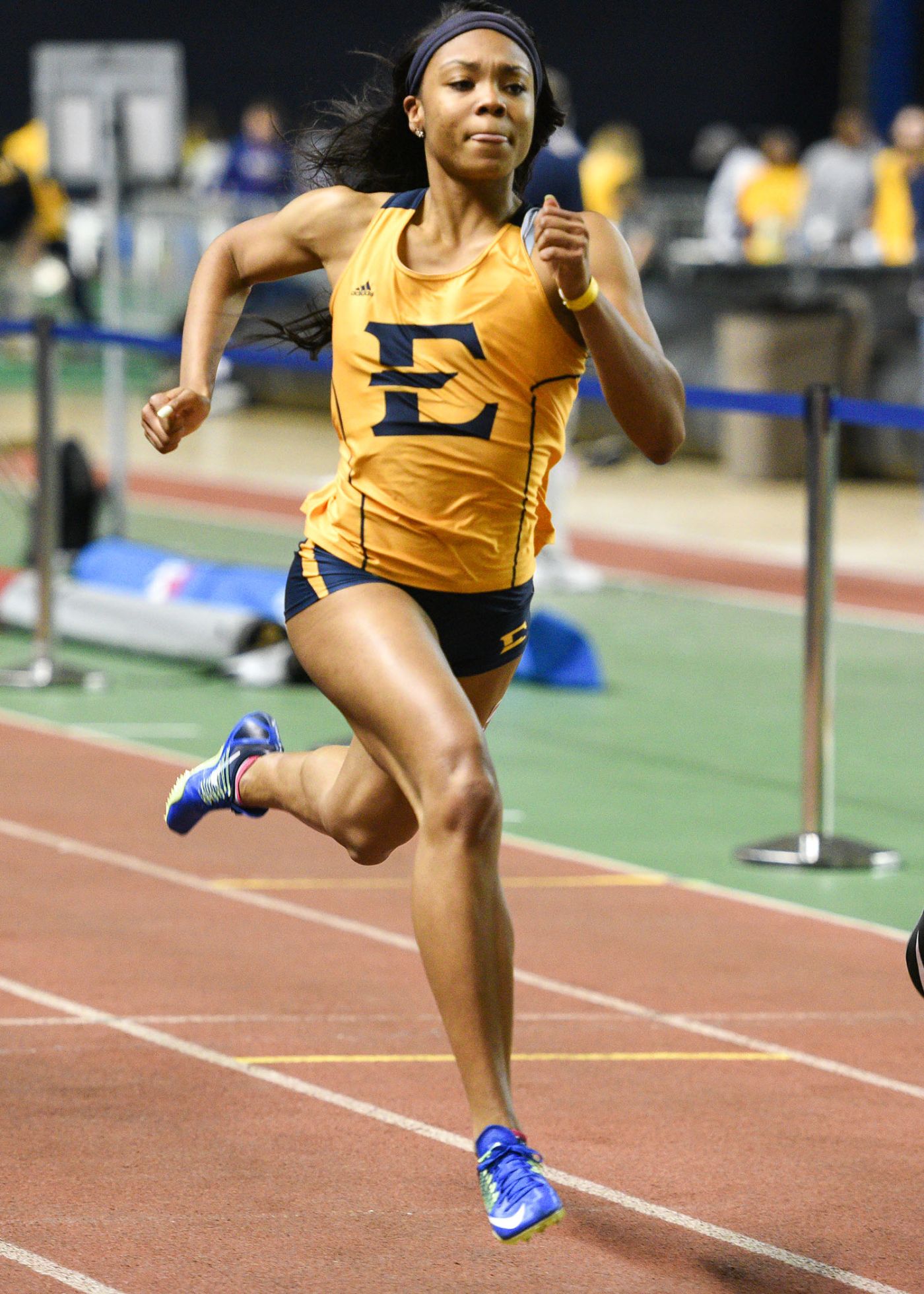 CULLOWHEE, N.C. (April 14, 2018) -- Six victories and a raft of top ten results were the high points for ETSU on Saturday’s second and final day of the Catamount Classic in Cullowhee, N.C – at the same track track where the Southern Conference Championships will be staged in May.

Kyra Atkins (Greer, S.C.) went to Cullowhee to defend her titles in the women’s 100 meter hurdles and the 100 meter dash. She returned to Johnson City as a repeat double-champion.

Nathan Rivera (Knoxville, Tenn.) was the decisive victor in the men’s decathlon, winning four events and outscoring the runner-up by 512 points.

Rivera began to pull away on Saturday, starting the day with back-to-back wins in the 110 meter hurdles and the discus. After a runner-up showing in the pole vault, Rivera won the javelin and, with victory all but assured, ended the day 6th in the 1500 meters.

Rivera’s 6195 points are the 4th-most of his college career.

ETSU took a deep field into what wound being a thrilling men’s 1500, and it showed when the Bucs claimed six of the top seven spots – although not in the conventional sense.

Simeon Roberts (Greeneville, Tenn.) – the April 4th SoCon Track Athlete of the Week – finished 2nd overall, and first among collegiates, just .27 of a second off the pace. Ben Varghese (Kingsport, Tenn.) was 3rd, only .20 behind Roberts, and Malick Gemechu (Johnson City, Tenn.) was 4th, .51 back of Varghese.

The winner? Unattached athlete Austin Whitelaw, a former All-SEC athlete at the University of Tennessee … who’s in his second year as a graduate assistant in ETSU Athletics’ Academic Support Services.

Another pair of top tens came in the women’s 1500. Colbie Williamson (Clyde, N.C.) held off Lindsey Stallworth (Knoxville, Tenn.) a sprint to the wire for 6th, getting it by a tenth of a second. Macy Carrier (Bluff City, Tenn.) was 12th.

In the women’s 800, freshmen Heather Feuchtenberger (Elizabethton, Tenn.) and Jessica Lord (Morristown, Tenn.) respectively finished 6th and 7th. It was a competitive finish, with just .71 seconds separating 3rd and 7th.

Kendra Whitehurst (Atlanta, Ga.) and Jazmin Lacy (Smyrna, Ga.) finished 8-9 in the woman’s heptathlon. Whitehurst’s best events were the 100 meter hurdles and the long jump, in which she was 8th. Lacy’s top showing was 4th, in the 800 meters.