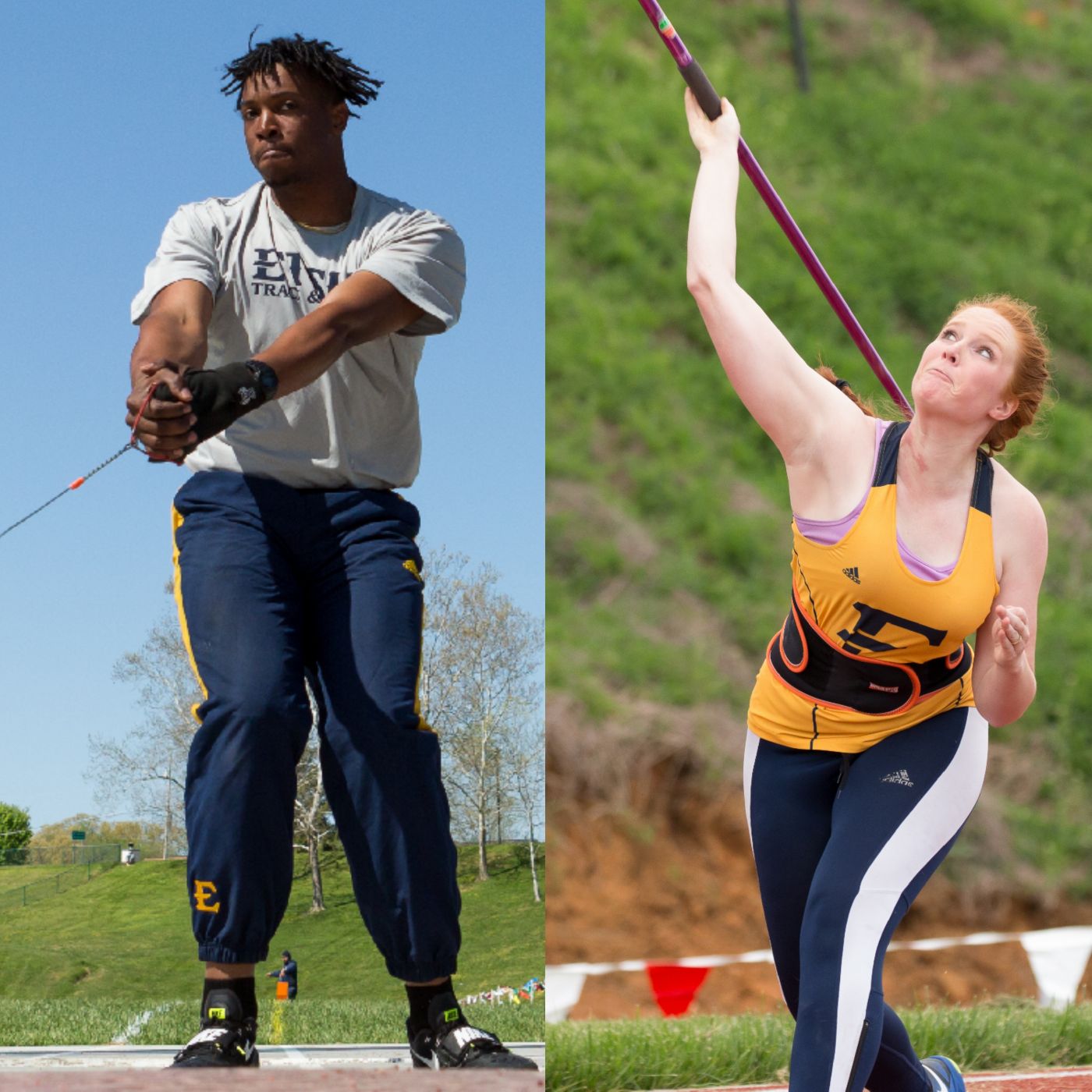 Thursday, on the biggest stage of the year, he did it again.

At the NCAA East Preliminary meet at the USF Track & Field Stadium, Johnson again re-set his school record in the hammer with a throw of 196’ 6” (59.91m). It’s the fourth time he’s broken the mark in two months.

Johnson went into the 2018 outdoor season as ETSU’s record-holder after his 184’ 3” (56.16m) performance at the 2017 Southern Conference Championships. He finished 33rd out of a field of 48 on Thursday, 15 spots above his seeding.

The NCAA appearance capped a memorable first season at ETSU for Whipkey, a junior transfer. She won the javelin at three meets -- the VertKlasse Meeting April 6, the ETSU Tri-Star Classic on April 28, and a dominating 17-foot victory at the SoCon Outdoor Championships on May 10. The SoCon named her its Women’s Field Athlete of the Week for April 11.