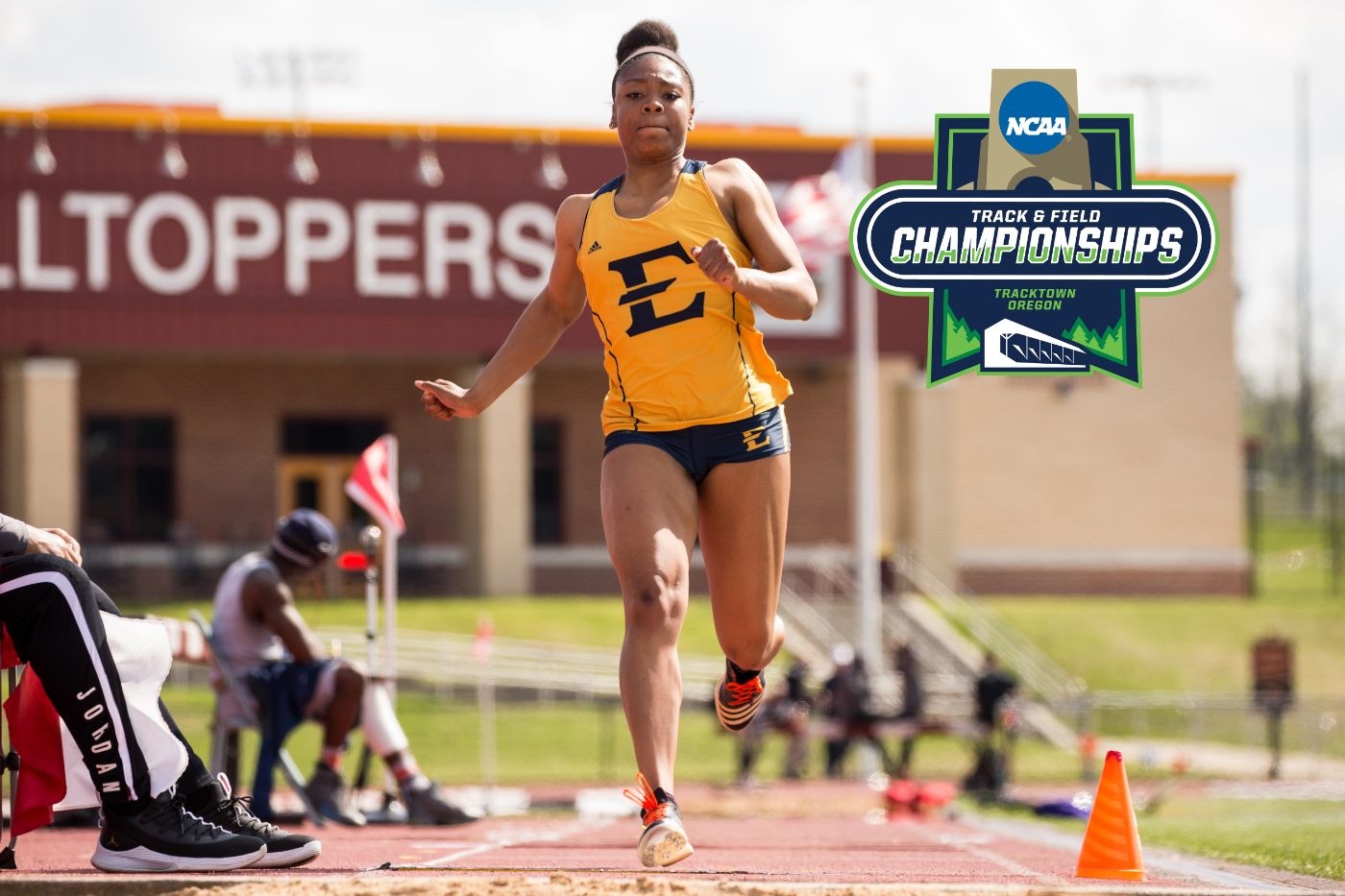 Making her debut at the NCAA Outdoor National Championships on Thursday, the junior set a new ETSU record in the women’s 100 meter hurdles and earned 2nd Team All-American honors.

Atkins’ time of :13.15 bested the previous mark of 13.25 she set at the Southern Conference Championships on May 12, 2017, which stands as the SoCon meet record.

She finished 5th in the third and last semifinal race Thursday at historic Hayward Field and 16th overall out of a field of 24, earning her All-America recognition. The top two finishers from each heat, and the two next best times, advanced to Saturday night’s final.

Stamps helped Katrina Seymour to an 8th-place finish in the women’s 400 meter hurdles in 2017. The year before, Michael Williams was 14th in the men’s 400mH under Stamps’ tutelage.

Atkins had run a :13.21 in the 100mH in the qualifying round of the NCAA East Preliminary meet in Tampa, Fla. this past May 25. But the time was aided by a higher-than-allowable tailwind of 2.1 meters per second.

Atkins is the three-time defending SoCon champion in the 100 meter hurdles.