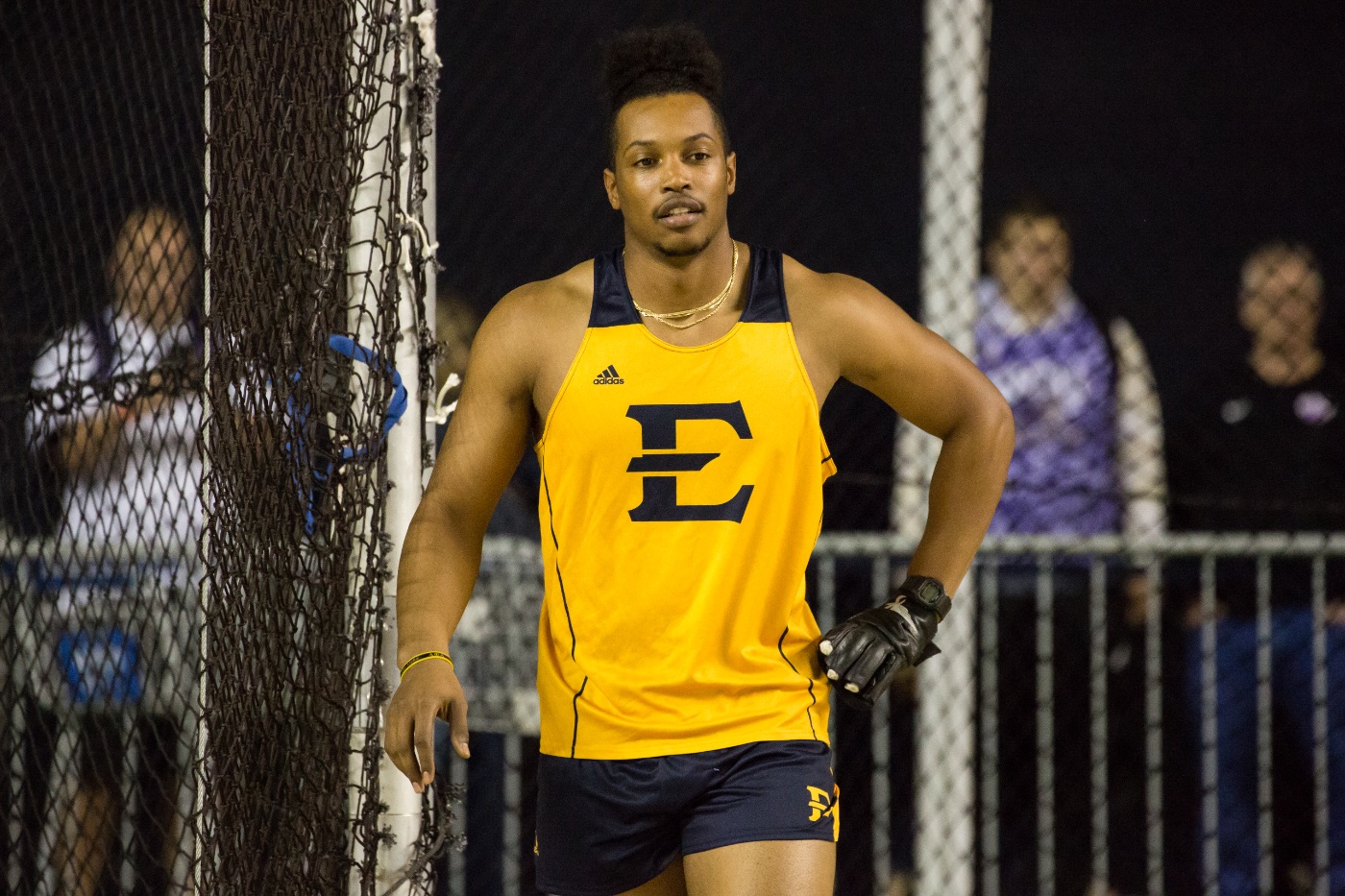 COLUMBIA, S.C. (Jan. 19, 2019) – The ETSU Track and Field team concluded its first road meet of the season Saturday as the Blue and Gold brought a handful of victories back to Johnson City from South Carolina’s Gamecock Inaugural.

All but one of ETSU’s victories came in Friday’s events, but an emphatic ending to the meet came courtesy of redshirt senior Ben Johnson (Nashville, Tenn.) in the men’s weight throw. Johnson won by nearly three meters with a mark of 21.13 in his 2019 debut — setting a facility record at the new South Carolina Indoor Track & Field Complex Saturday afternoon.

"I'm pleased with the performances throughout the weekend at the Gamecock Inaugural Track and Field Meet," said ETSU Director of Track and Field George Watts. "We came away with some nice wins and made improvements from last week's marks. On top of that we had several podium finishes and personal bests."

On the throwers: "Ben Johnson had a very nice opening meet winning the weight throw and is currently ranked ninth in the NCAA in that event. He added a strong fifth place in the shot put and leads SoCon in both events. Jaden Finch had a third place finish in the open weight throw and had a very steady meet in the throws."

On the distance wins: "The middle distance and distance men and women came away with a total of three wins and look very sharp and confident. Adam, Lindsey and Ben have won two meets in a row and look to have much more in the tank. Genevieve Schwarz has been a pleasant surprise in our first two meets, setting personal bests. I look forward to seeing how she progresses the rest of the season."

On the underclassmen's performances: "Along with Genevieve, we had fine performances from other freshmen, including Lanaya Martin in winning the open 60m and podium placings by Mekayla Brown in the open triple jump and Noah Shelton in the open high jump. It's good to have our football guys out running track with Karon Delince and Tommy Rogers suiting up for their opening meet."

On what's ahead: "As we move forward, we need to continue to improve and to do so by staying healthy and training intelligently. We move on to VMI next week and get a chance to check out the site of our conference championship."

Next week, ETSU picks back up in Lexington, Va. at the VMI Team Challenge. The meet will be held inside VMI’s Corps Physical Training Facility and is a one-day event set for Jan. 26.