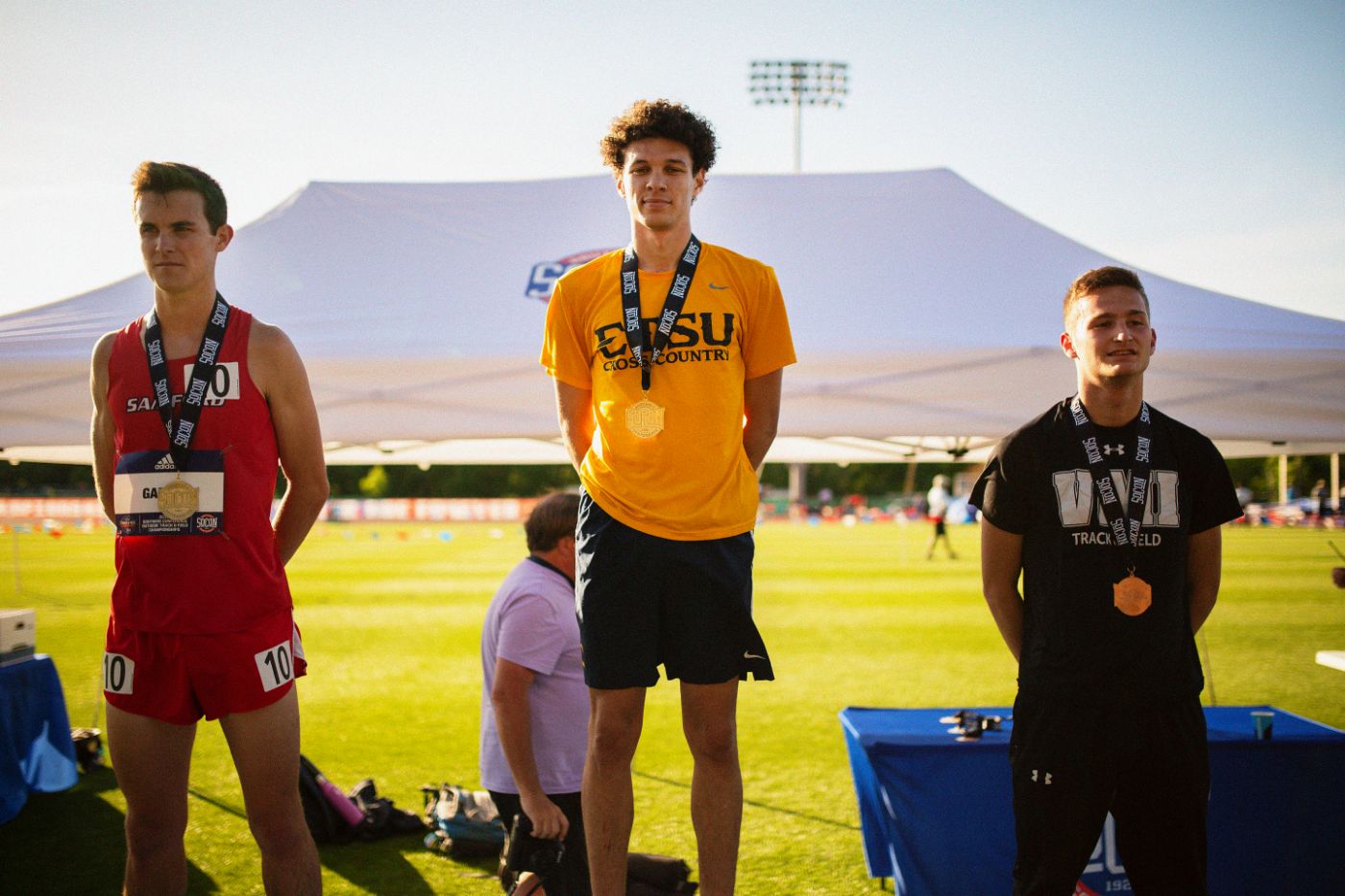 BIRMINGHAM, Ala. (April 27, 2019) – ETSU track and field racked up four individual championships and currently leads the men’s standings to open the 2019 Southern Conference Outdoor Championships at Samford University on Saturday.

As a team, ETSU’s men hold a five-point advantage over Samford with 55 points. Samford made up ground at the end of the day with 15 points in the pole vault, but the Bucs remained ahead. The ETSU women currently sit in sixth place with 18 points.

The final day gets underway with the men’s decathlon, followed by many of the dash and run finals involving a number of Bucs that afternoon.