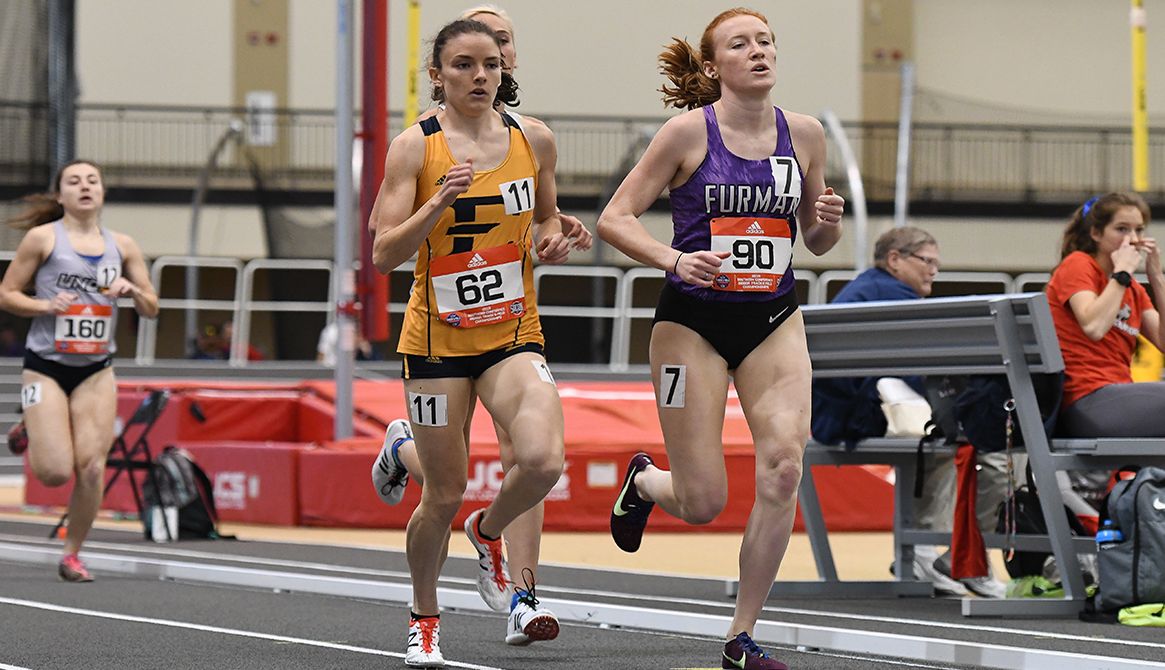 WINSTON-SALEM, N.C. (Feb. 7, 2020) – A small contingent of runners and throwers from the ETSU women’s track team completed the opening day of the Camel City Invitational on Friday in North Carolina, able to pick up a first-place finish and top marks against strong competition.

Every throw counts. Heading into the final toss at the weight throw, Symphony Buxton (Knoxville, Tenn.) heaved an 18.01m toss, landing her more than .30m past the mark needed to beat to give the Bucs a gold medal in the latter stages of the first day. The junior follows her gold up with an opportunity in the shot put tomorrow alongside her teammate Atlantis Warren (Memphis, Tenn.). Warren finished her outing this evening with a 13.32m throw, putting her in the top half of the field.

“Congratulations to Symphony for pulling out a win on her last throw,” ETSU Director of Track and Field George Watts said. “That’s what competing is all about.”

Schwarz finished with the best time of the ETSU runners, posting a 5:03.13 time to place eighth in the event. Competing against Power Five schools, Schwarz’s time came in between runners from Wake Forest, Duke and Charlotte.

Finishing just over a second later, Stallworth finished in a time of 5:04.96 to grab 13th in the event, while Shaw’s time of 5:11.44 was good for 23rd in the 71 athlete field, fourth best mark of runners in the SoCon.

“Although the milers aren’t satisfied with their times I thought it was a solid performance considering it was their third meet in a row,” stated Coach Watts.