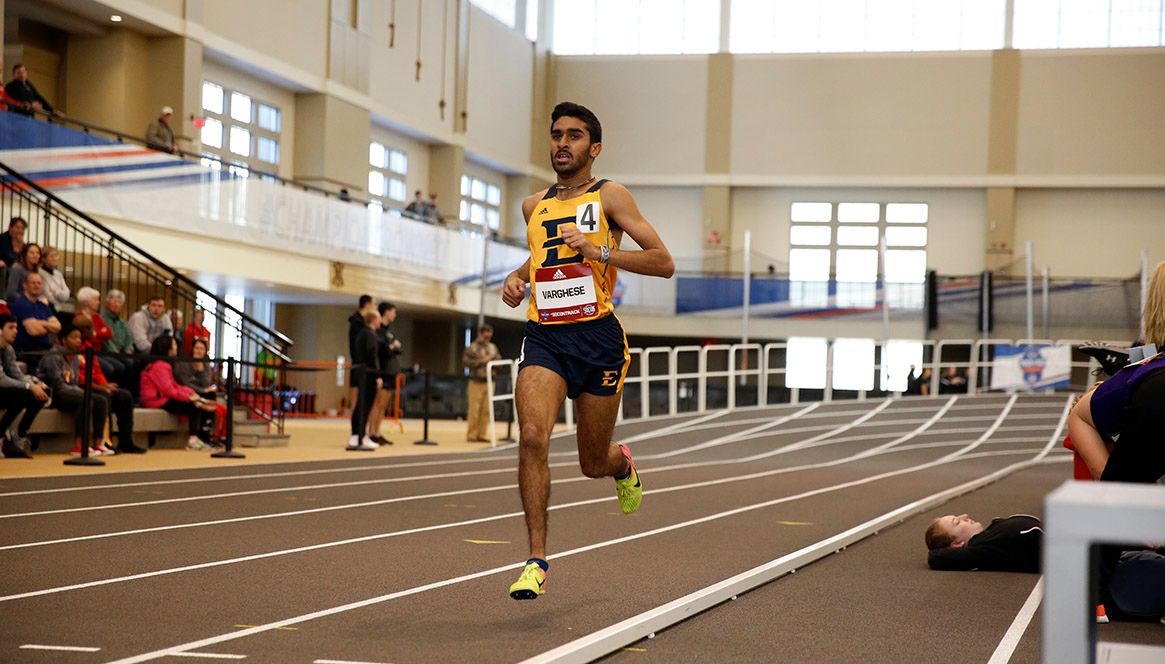 LEXINGTON, Va. (Feb. 29, 2020) – The ETSU Track and Field Team has an early piece of hardware to bring home from the first day of the Southern Conference Indoor Championships, completing the opening day on Saturday at the VMI Corps Physical Training Facility.

Leading the way for the Bucs, Aliyah Hill produced the highlight of the day for her side, taking home the gold in the long jump with a leap of 5.91m. The women have continued that momentum, sitting comfortably in fourth with just a small gap standing in their way up the rankings with a host of strong finishes in the prelims to take into the finals on Sunday.

The men were led by a third place finish in the men’s 3000m by Matthew Scarr, awaiting results from the finals tomorrow to look to make a surge up the leaderboards. The Bucs sit in fifth place with 16 points, just one point back from The Citadel.

Field Highlights from Day One of the SoCon Indoor Championships:

Track Highlights from Day One of the SoCon Indoor Championships: