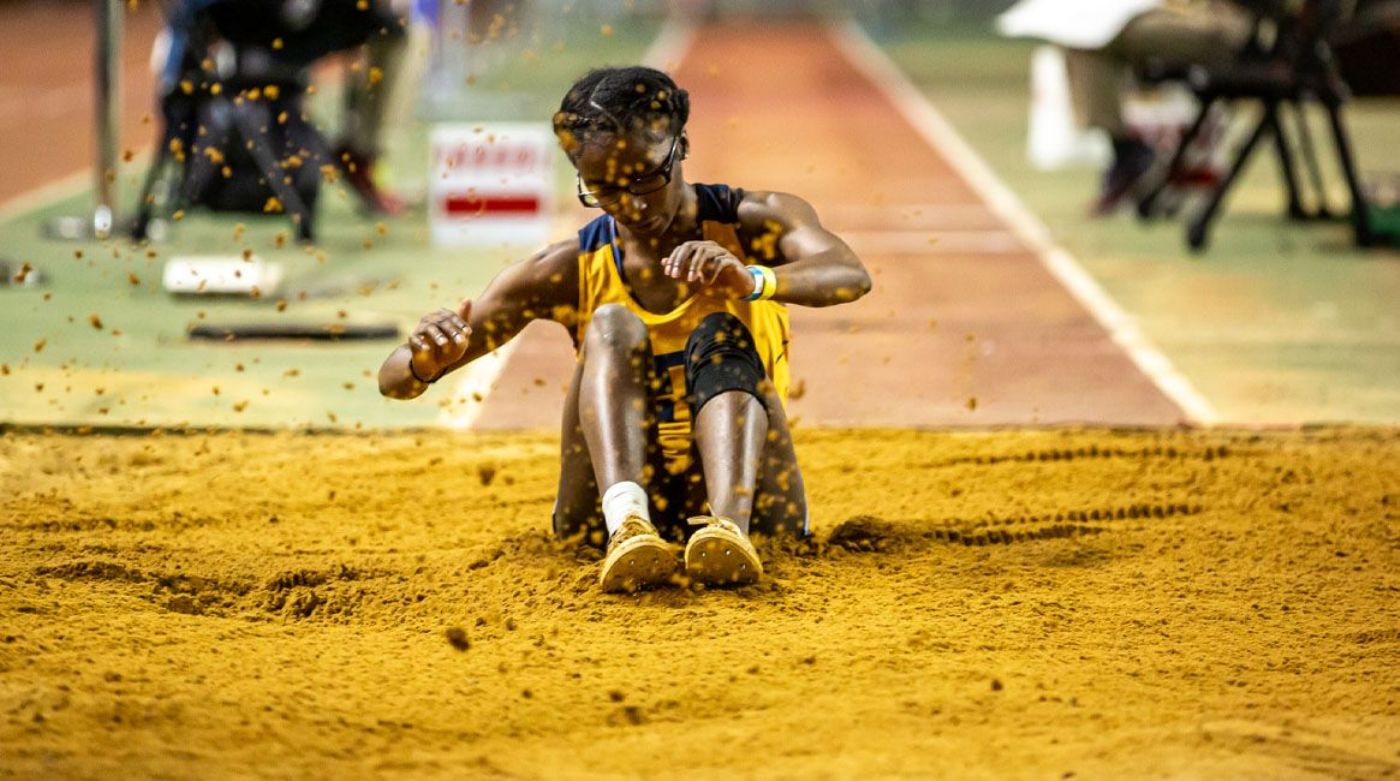 Bucs finish second of three-straight days of action at home

JOHNSON CITY, Tenn. (Feb. 6, 2021) – The ETSU Track and Field team finished the last day of the Buccaneer Track and Field Invitational on Saturday afternoon, with the short distance races and select jumps on the card inside the ETSU Mini Dome.

The Bucs finished their second of three-straight days of action in the ETSU Mini Dome, closing out the Buccaneer Invitational. ETSU runs tomorrow in a track event only, one-day Run as Fast as You Can Track Meet, hosting Carson Newman, Lees-McRae, Queens and West Georgia.

Kennedi Johnson grabbed the first podium finish of the day, picking up a second place finish in the 60m hurdles. The women also grabbed podium finishes out of Mekayla Brown’s second-place leap in the triple jump as well as a third place heave from Atlantis Warren in the shot put. The Blue and Gold grabbed a third-place, team finish in the 4x400m relay on the women’s side.

On the overall thoughts on the meet: "One of our primary goals this weekend was to make improvement from our first meet two weeks ago. I believe we accomplished that goal over the last two days."

On the women's team: "The women continued their improvement today with 12 seasonal bests and three personal besrts. I think the highlight of the meet included the "podium" finishes by Mekayla Brown in the Triple Jump, Atlantis Warren in the shot put, and our 4x400m Relay team consisting of Julia Karsten, Jessica Lord, Kennedie Carithers and Hannah Burkhart. We had Lanaya Martin and Mekayla Brown make the final of the 60 but decided to hold them out not wanting to risk injury."

On the men's team: "The men had a solid performance with a smaller number competing compared to yesterday. Some guys ran a secondary event to get the work in and overall, we had nine personal bests."

On the growth of the team: "We are trying something different tomorrow as we host a running event meet only. I think by the end of the day we will have seen some significant improvement over this three-day period."

For a full list of results of day two of the Buccaneer T&F Invitational, use the link on the right side of this page.