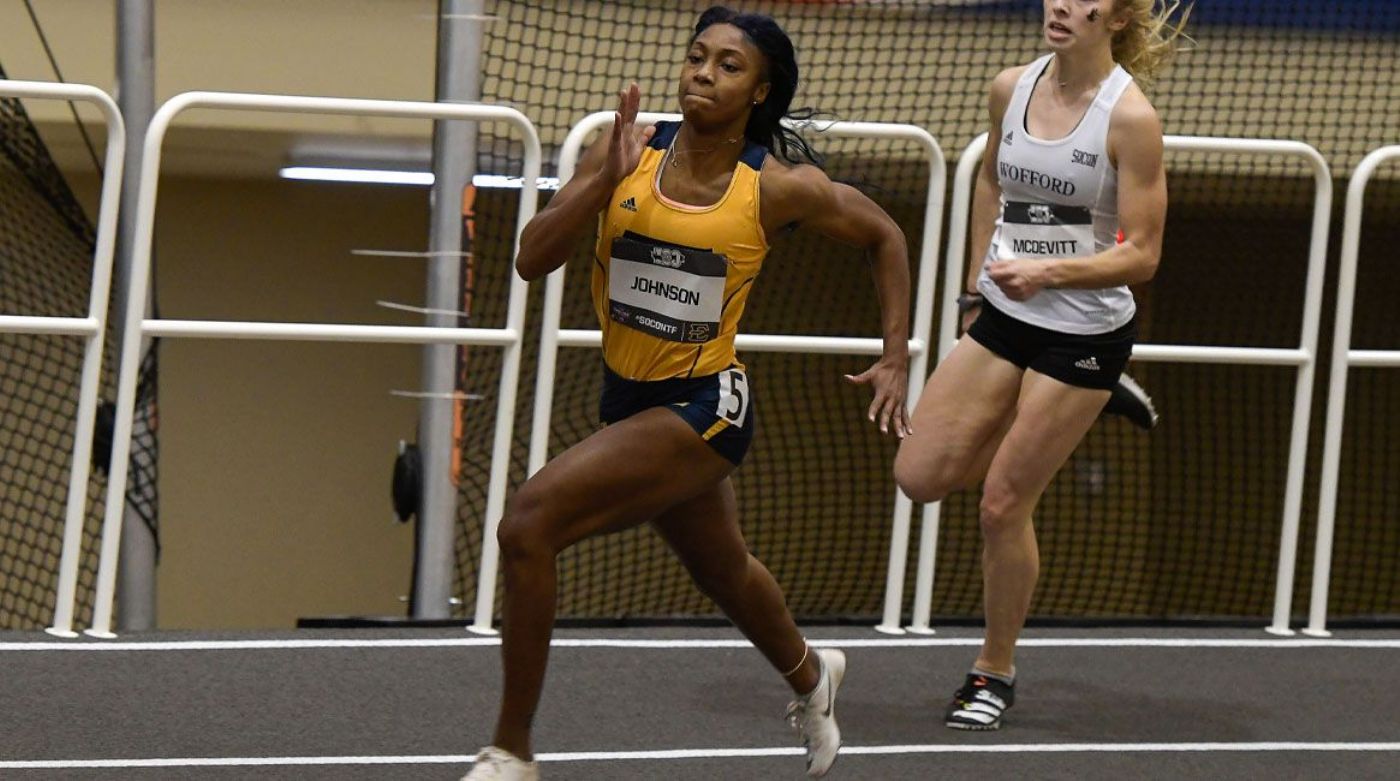 SPARTANBURG, S.C. (March 3, 2021) – After dominating performances in her two individual events, Nicole Johnson (Chattanooga, Tenn.) has been selected by the conference for two awards, announced by the league office on Wednesday afternoon.

Scoring 22 combined points in last weekend’s Southern Conference Indoor Track and Field Championships, Johnson’s wins in the 60m and 200m dash, along with her part in the runners-up finish in the 4x400m relay, earned her the nods for Women’s Most Outstanding Athlete and Female Most Outstanding Field Performer.

“Nicole had a great meet and I'm glad she's being recognized for the effort she put forth throughout the weekend,” said Director of Track and Field George Watts. “A double sprint win which included a significant personal-best in the 200m puts her at new level of expectation. She also took a big step in that she ran a leg on the 4x400m relay 2nd-place team.”

The sophomore nearly broke her own record set in last year’s meet in the preliminaries of the 60m dash on Saturday, finishing first with a time of 7.41s in the event to qualify for the Sunday championships. Almost matching the time in the finals, Johnson timed a searing 7.43s finish to cross the line almost two-tenths faster than second place, who was her own teammate in Mekayla Brown (Elgin, S.C.).

In similar fashion, Johnson elevated amongst the rest of the pack in the 200m dash, qualifying with a first-place time of 24.58s on her way to attempt to grab two golds. The Chattanooga native did just that, finishing with a dominating performance that saw the sprinter cross nearly three-tenths ahead of the competition on her way to the double. Johnson finished with a personal-best of 24.37s in the finals.

Johnson added herself to both the conference and school record book, becoming the second Buccaneer in program history to record wins in both the 60m and 200m dash in the same year, joining Katrina Seymour, who accomplished the feat in 2017.

Johnson capped off her performance on the weekend running in the second spot for the 4x400m relay. The squad finished less than a second off first-place, edging out a group of teams separated by five-hundredths of a second for a silver finish.

“Three podium finishes in a Southern Conference Track and Field Championship is quite impressive,” stated Watts. “I look forward to seeing how she does this spring in her first outdoor season of her college career.

Male Freshman of the Year

Female Freshman of the Year

Men’s Coach of the Year

Women’s Coach of the Year