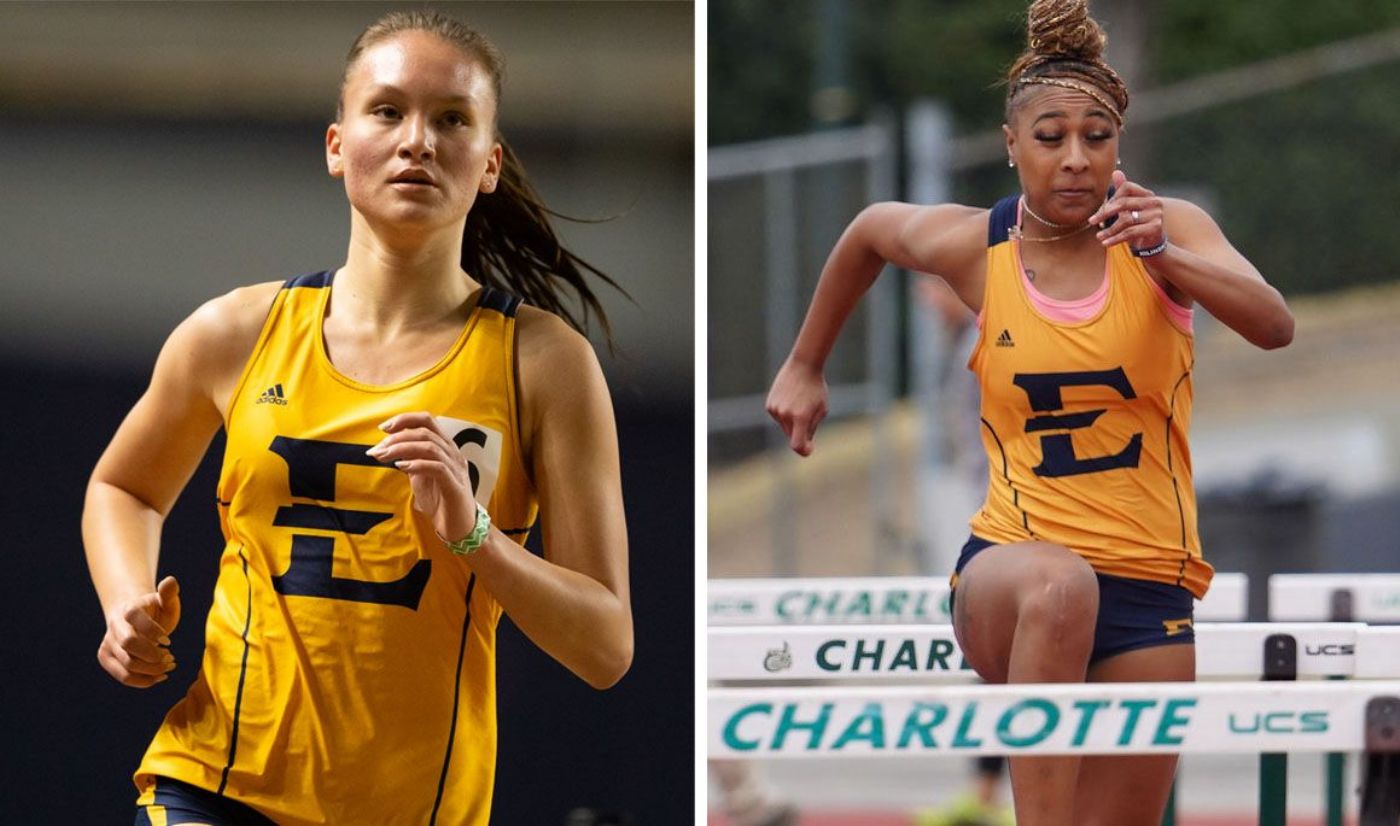 CHARLOTTE, N.C. (March 20, 2021) – The ETSU men’s and women’s track and field programs had a strong showing in their outdoor season debut as the Charlotte 49er Classic concluded on Saturday from the Irwin Belk Track and Field Center.

Schwarz won the 1500m – her first-ever win in the event on the collegiate level – while Johnson set two personal records on Saturday. Johnson bested her personal mark in the heptathlon by 323 points and also came away with a PR in the 100mH.

“We had a successful day and first meet at the Charlotte 49er Classic in spite less than ideal conditions. It was a windy and cool day, but as I had hoped, we had some competitive efforts throughout both teams.  The highlights of the meet included Genevieve Schwarz winning the 1500m run, two podium finishes by Phelani Maduwa in the 1500m and 800m run and a one by Colbie Williamson in the 800m as well. A big personal best by Kennedi Johnson in the Heptathlon moves her up to eighth on the ETSU all-time list.  In addition, freshman Kiera Snyder led the 5000m women as she moved into the all-time top-10 with her performance today.  On top of that, Lindsey Holliday and Lindsay Bruce had nice personal best runs as well.  Other strong performances including Noah Shelton in the final of the shot and Mary Brown making the final of the discus.

"Overall, a good start to the outdoor season and I'm looking forward to taking a small group to the Raleigh Relays next week.”

Kennedi Johnson started the day by setting a personal record in the heptathlon as she finished fifth with 3942 points. Johnson entered the final day of the multis with 2526 points and collected 1416 more on Saturday – 535 in the long jump, 404 in the javelin and 477 in the 800m. Johnson’s previous best was 3619 points, set at the 2019 HPU VertKlasse Meet. Johnson then set another personal record in the afternoon when she clocked a time of 15.19 in the 100mH, breaking her previous mark of 16.80.

Genevieve Schwarz, who was coming off a strong indoor season where she won the mile at the SoCon Championship, took home gold in the 1500m as she bested the 44-runner field with a time of 4:41.41, marking her first collegiate win in the event.

The personal records continued to pile up as Julia Karsten (Old  Hickory, Tenn.) ran her fastest time in the 400m with a mark of 56.69, placing her fifth overall. In the 5000m, Makayla Shaw (Jonesborough, Tenn.) turned in a personal record as she clocked in at 18:04.57, while Kiera Snyder (Clyde, Mich.) made her outdoor collegiate debut and placed eighth – right in front of Shaw – in 17:57.63.

Making her outdoor season debut, Mary Brown (Radford, Va.) advanced to the final in the discus as she finished fourth with a mark of 37.95m.

Parrilla also enjoyed a strong showing in the 400m as he turned his fastest collegiate time at 50.13, good for a fifth-place showing.

The Bucs return to action next weekend as ETSU returns to the Tar Heel state to compete in the Raleigh Relays, beginning Friday, March 26.