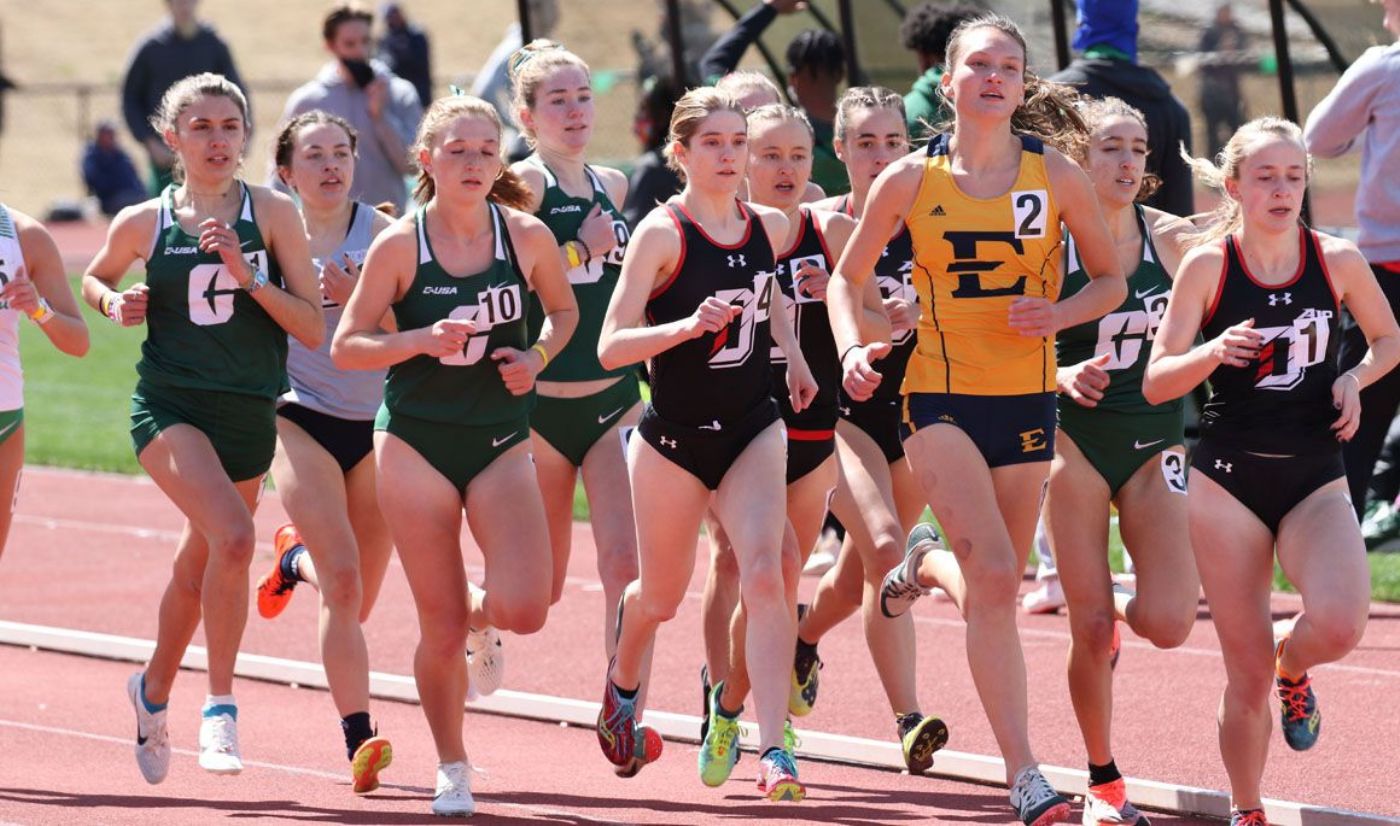 RALEIGH, N.C. (March 26, 2021) – Four members of the ETSU track and field team represented the Blue and Gold in the second day of the Raleigh Relays on Friday from the Paul Derr Track and Field Facility.

Genevieve Schwarz (Oak Ridge, Tenn.), who won the 1500m last week at the 49er Classic, turned in her second-fastest collegiate time in the event on Friday by crossing the line in 4:33, which placed her 40th in the field of 84 runners. The event featured a fast grouping, as Hannah Seagrave, who was running unattached, set a facility and meet record with a time of 4:12.24. The previous meet record was 4:13.82 and facility record was 4:13.05.

A meet and facility record was also set in the women’s 5000m.

Lindsey Stallworth (Knoxville, Tenn.) – who was competing for the first time since earning All-American honors at the NCAA Cross Country Championship – placed 40th in the 88-runner field with a time of 17:03.72, while Notre Dame’s Katie Wasserman set the records by finishing in 15:33.35. The previous record in the event was 15:35.55.

The Raleigh Relays conclude on Saturday starting with the men’s hammer throw at 10 a.m.