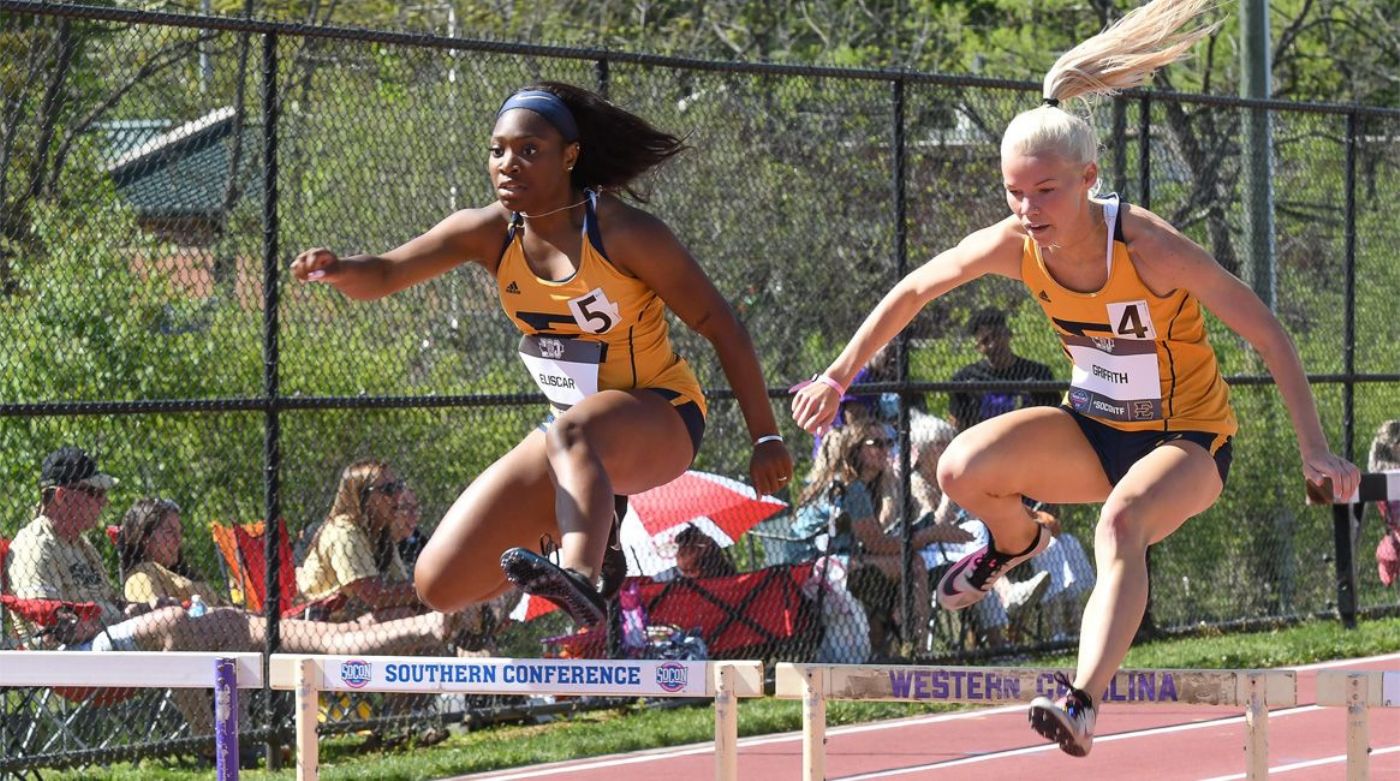 GREENSBORO, N.C. (May 16, 2021) – A small contingency of the ETSU track and field team finished their weekend on Sunday afternoon, competing at the Aggie Twilight in attempt to crack the top of the leaderboards in the nation’s qualifying lists for the NCAA Prelims.

Molly Rhudy (Chilhowie, Va.) opened the day for the Blue and Gold in the women’s long jump. The freshman finished with a leap of 5.40m, finishing just .13m off her record leap set at the Southern Conference Indoor Track and Field Championships earlier this season.

In the women’s triple jump, Mekayla Brown (Elgin, S.C.) fell just off her mark of 11.95m that won her a gold medal at the SoCon Outdoor Championships just two weeks ago. The sophomore finished with a mark of 11.70m, sixth amongst collegiate contestants in the event.

After qualifying for the 100m hurdle finals with a time of 14.07s in the prelims, Lindsay Cooper (Charlotte, N.C.) set herself up for an exciting finish later in the afternoon. The rookie placed second in the finals, scoring a time of 13.94s in the event, almost three tenths quicker than her third place competitor. The pace set a new career mark after entering the afternoon with a previous best of 14.05s.

Mary Brown (Radford, Va.) continued the events on the field for the Bucs, competing in the women’s discus throw. The junior secured a toss of 38.46m in the event, placing fourth in the competition.

The lone competitor of the day on the men’s side, Malachi Thomas (Chilhowie, Va.) fell short of his collegiate best in the men’s high jump. The rookie secured clearance at 1.95m, the fourth time the freshman achieved the mark. Thomas finished just off of his 2.01m mark set at the Buccaneer Track and Field Invitational in early February.

Mary Brown competed in her second of two events of the afternoon in the women’s hammer throw, joined by teammates Margaret Hayden (Ballymore Eustace, Kildare, Ireland) and Atlantis Warren (Memphis, Tenn.). The trio finished with a first, fifth and sixth place mark respectively. Hayden topped the competition with a toss of 50.91m, while Brown and Warren finished with marks of 46.99m and 44.41m.

In the women’s 100m dash, LaNaya Martin (Columbia, S.C.) finished just off the pace of a qualifying time for Sunday’s finals, just under a tenth off the pace with her 12.34s time.

Cooper led a Buccaneer trio to finish off the evening in the 400m hurdles, placing fourth place with a time of 1:01.45. The time marked more than a two second time taken off her previous best. Britney Griffith (Kingsport, Tenn.) finished with a time of 1:03.75, while Johnaida Eliscar (Columbia, S.C.) finished just behind her teammates after crossing the line in 1:05.65.