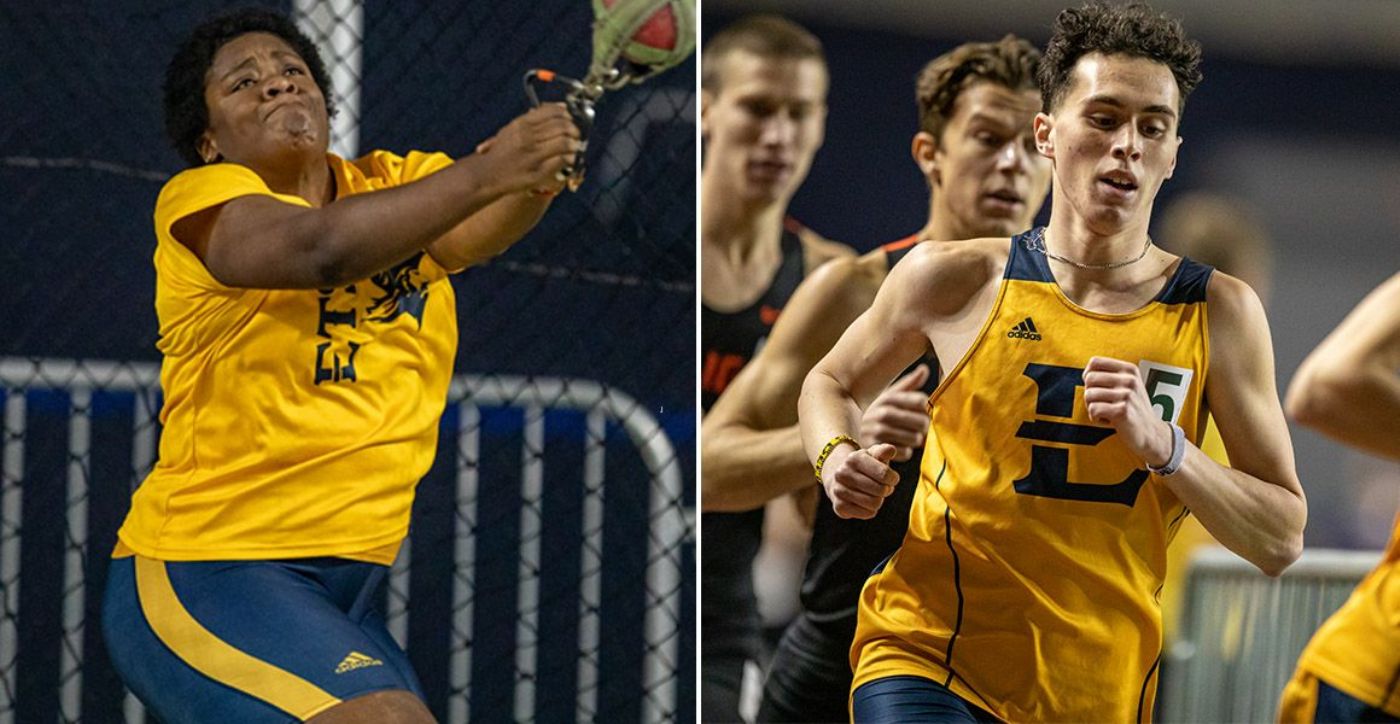 JOHNSON CITY, Tenn. (Jan. 14, 2022) – Highlighted by five gold medals and nine total podium finishes, the ETSU men’s and women’s track and field programs had a strong showing in the opener of the ETSU Track & Field Invitational, which started Friday inside the Mini Dome.

The women's team had a very nice first day of the first meet of the indoor season. We competed in seven events and came away with a very impressive 10 personal bests and five podium finishes. In addition, we advanced four people to tomorrows finals. We had to hold out several key people due to sickness and a couple of injuries.  Not being full strength makes me cautiously optimistic of what we are capable of down road if we can get and stay healthy.

Symphony's performance comes after missing pretty much the last two years of competition with a very respectable performance in the weight throw. It’s a great start for Symphony.

Jaclyn won a very competitive high jump, which came down to a jump off.  She cleared an ETSU personal best to win. It's always great to win, especially in a situation like that.

Lindsey was steady as usual and looked very strong for an early season meet.

I tried to put two evenly-matched teams together for the 4x800m relay, and it turned out to be close in the end. The team of Hannah Burkhart, Rebekah Howard, Lindsey Stallworth, and Makayla Shaw came out on top.

Hannah Burkhart had a lifetime best in the 400m dash to finish second to go along with her winning leg on the 4x8.

Other personal bests came from Britney Griffith in the high jump and 60m hurdles and Lindsay Cooper in the 60m dash.

In addition, we qualified two each to the finals of the 60m and 60m hurdles, to be contested tomorrow. Leading the way in the hurdles was Kennedi Johnson with the third best qualifying time and freshman Ant'wonike Jennings advancing to a final in her first collegiate meet. In the 60m dash, veterans Mekayla Brown and Lanaya Martin ran solid early season marks to advance to a competitive final.

I look forward to more exciting and competitive performances tomorrow from the team and am very happy with the start to the season.

We are only able to compete about half of our team this weekend due to sickness and a couple of injuries.  Although our numbers are limited for this meet, we did come away with some good performances, which included a couple of podium finishes and several personal bests.

The field event highlights included Noah Shelton and Zach Fejeran making the final in the weight throw finishing fifth and sixth.  Zach threw a personal best and Noah was just short of his. Tyrese Grant, a transfer from Newberry College finished in the top eight with a personal best in the triple jump.

On the running event side, Evan Guzman went to the wire losing out by .06 finishing second in the mile run with a personal best, and Myles Stoots who set the pace for 3/4 of the race finished fourth and came through with a lifetime best as well.

Miguel Parrilla ran an indoor best in the 400m dash and came back about an hour later to help the 4x800 team to victory with the fastest split of the quartet. The rest of the winning squad included Brayden Hamblen, Phelani Maduwa and Evan Guzman.

We will have limited action tomorrow, but should see results in four or five events as we look to add to the highlights from today.