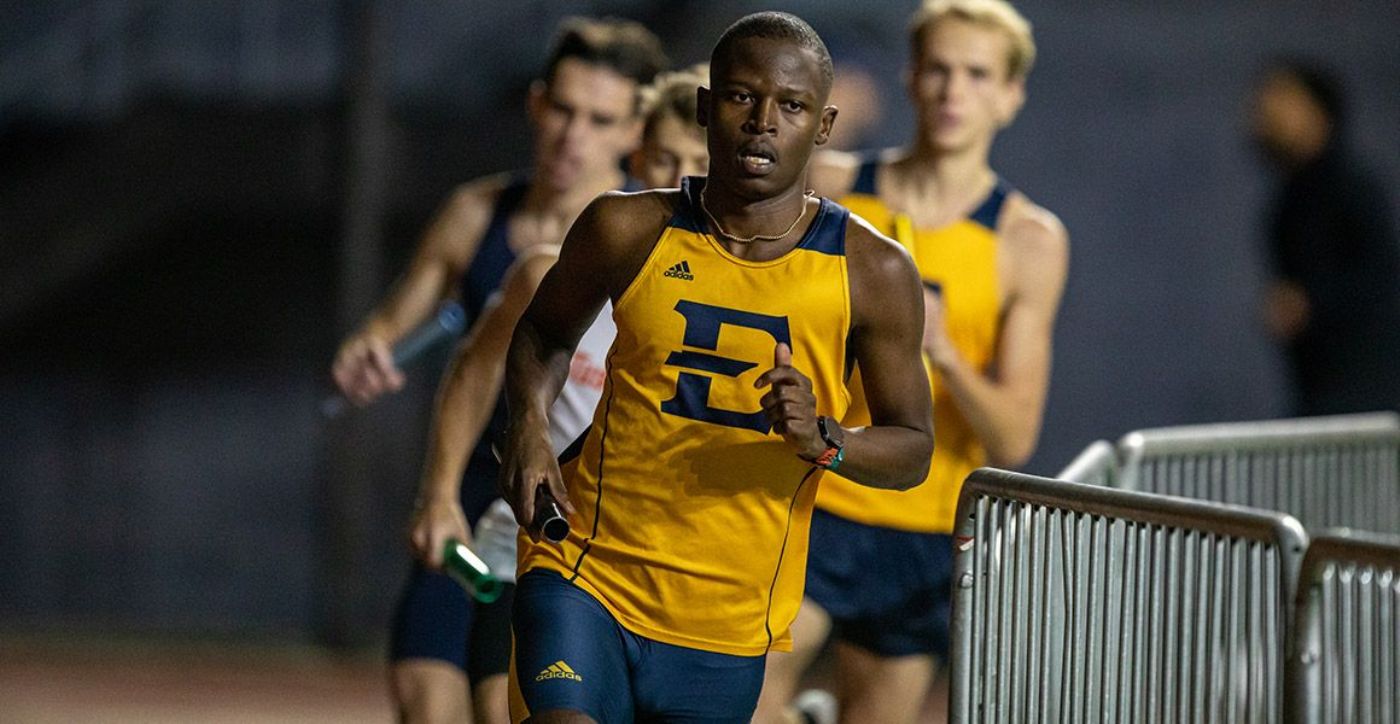 JOHNSON CITY, Tenn. (Jan. 15, 2022) – The Buccaneers brought home gold medals in both the running and field events as the final day of the ETSU Track & Field Invitational came to an end Saturday night inside the Mini Dome.

On the men’s side, Phelani Maduwa (Parys, Free State, South Africa) captured gold in the 800m with a time of 1:54.03, marking his first individual title as a Buccaneer. The women were highlighted by freshman Diana Romero-Barba (Tepatitlan de Morelos, Jalisco, Mexico) in the pole vault. Romero-Barba, competing in her first collegiate pole vault, wasted little time showcasing her talent as she won the title with a mark of 3.50m.

Archuleta also came away with a fourth-place showing in the pole vault (3.00m), while Cooper set a personal best in the 800m where she finished sixth in 2:28.72.

In the finals of the women’s 60m and 60m hurdles, the Bucs took home a pair of third-place finishes. Mekayla Brown (Elgin, S.C.) and LaNaya Martin (Columbia, S.C.) finished third and fourth, respectively in the 60m dash. In a tightly contested race – where Eboni Coby won by three-hundredths of a second at 7.66 – Appalachian State’s Labria King finished second as they had to go to the thousandths of a second at 7.685, compared to Brown being 7.690. Martin clocked in at 7.76.

Brown just missed tying a personal record in the 200m where she placed fifth in 25.97, which was .02 shy of her fastest mark in the event.

Today's meet for the women turned out to be very productive. We had several notable performances and added to yesterday's results helped make this a satisfactory first meet to the season.

Symphony Buxton earned Field Athlete of the Meet honors thanks to her win yesterday and a third-place finish in the shot put today. She's off to a good start after a long layoff from competition. She has a chance to do some good things, but needs to stay patient and enjoy every competition and throw.

Newcomer Diana Romero-Barba opened her collegiate career with a win in the pole vault. Diana is one of the most motivated athletes we have on the team and just wants to get better every day.

Mekayla Brown earned a third-place finish in the 60m dash duplicating her 7.69 from yesterday's prelims – that puts her ahead of where she's been in past years. LaNaya Martin ran a solid fourth, improving her time from yesterday as well. She could surprise some people this year.

Kennedi Johnson added another podium finish with a third-place showing in one of her better events, the 60m Hurdles. She had a very busy meet and showed her fitness by running well in her fourth event of the meet.

We got some work done in the 4x400m relay earning a silver medal with a team of Lindsay Cooper, Britney Griffith, Ansley Archuleta and Leslie Gansore.

I thought we had a good meet and now we need to recover and get ready for the next competition.

Lastly, I want to thank our fantastic officiating crew led by alum Larry Manis for putting on another top-notch meet. We couldn't do it without their dedication and support of the ETSU Track and Field program.

We had a limited number of athletes compete today and the top performance came from Phelani Maduwa in the 800m.  He led almost the entire race and looked extremely strong and comfortable in his winning effort.

We need to get some guys healthy over the next few weeks so we can be at full strength for the second half of the season.

Lastly, I want to thank our fantastic officiating crew led by alum Larry Manis for putting on another top-notch meet.  We couldn't do it without their dedication and support of the ETSU Track and Field Program.

ETSU heads to the Music City as the Bucs compete in the Vanderbilt Invitational, which gets underway next Friday, Jan. 21