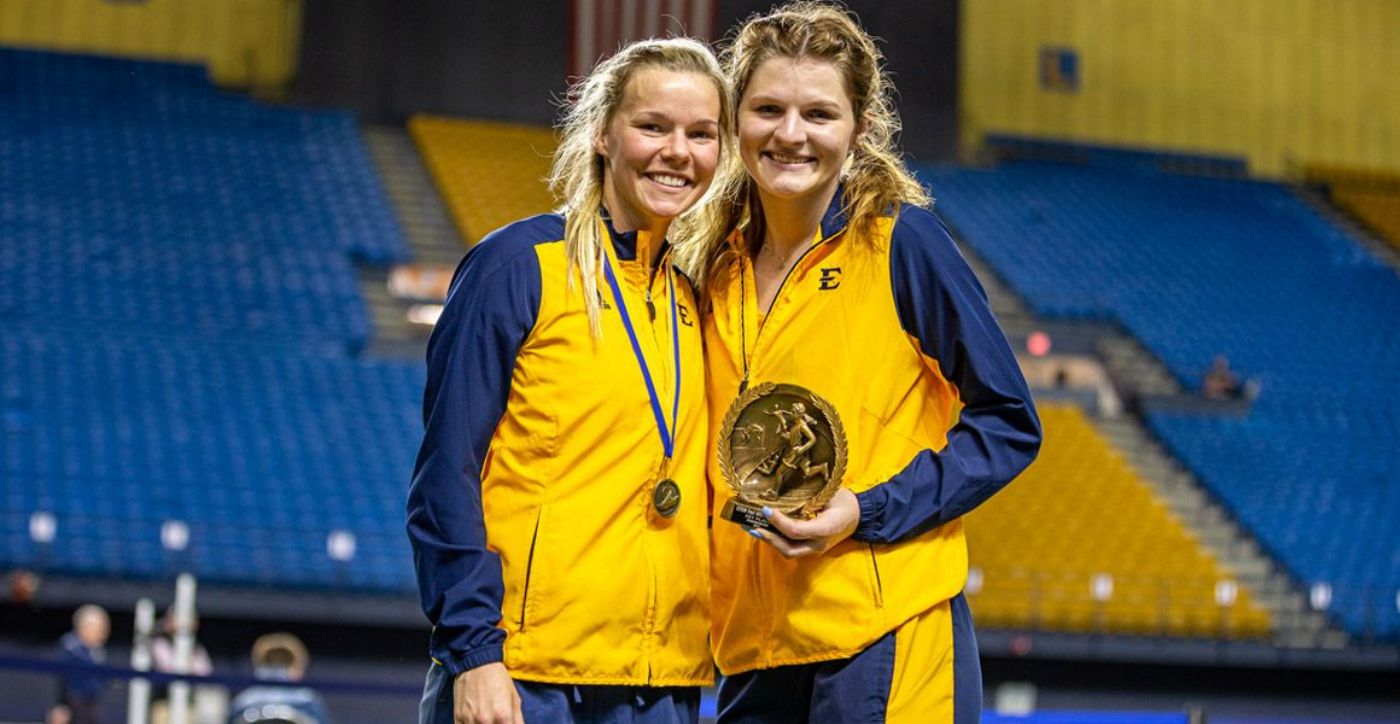 JOHNSON CITY, Tenn. (Feb. 3, 2022) – ETSU’s Jaclyn Wright (Murfreesboro, Tenn.) and Britney Griffith (Kingsport, Tenn.) set the tone for the weekend as they opened the Buccaneer Invitational with podium finishes in the pentathlon Thursday afternoon on the David E. Walker Track inside the Ballad Health Athletic Center.

Wright, a transfer from Trevecca Nazarene University, was sitting fourth after the 60m hurdles before moving into second following the high jump where she bagged 678 points with a mark of 1.55m. The Murfreesboro, Tenn. native moved into first after the shot put where she had a 20-point lead with 1,982 points. Wright never moved from the top spot en route to winning her first collegiate pentathlon.

Griffith broke her previous pentathlon record by 326 points, while also setting new PRs in three events and tying a mark in the long jump (5.21m). Griffith had the top marks in both the long jump and 800m (2:34.92), propelling her way to a podium finish. The Kingsport, Tenn. native was sitting seventh through the first three events, but after posting first-place performances in the final two events, Griffith received the bronze.

Griffith began the day with a personal best in the 60m hurdles (10.02), while then setting a new record in the high jump (1.43m) and shattering her mark in the shot put by over two meters with a toss of 8.06m. The Buccaneer tied the record with her second leap in the long jump before pacing the field in the 800m.

Day two of the Buccaneer Invitational gets underway Friday morning at 9:45 a.m. Wright and Griffith will be back in action starting with the 60m hurdles at 10:30 a.m. Please click here for a full meet schedule. Live scoring is provided via TimingInc.com.