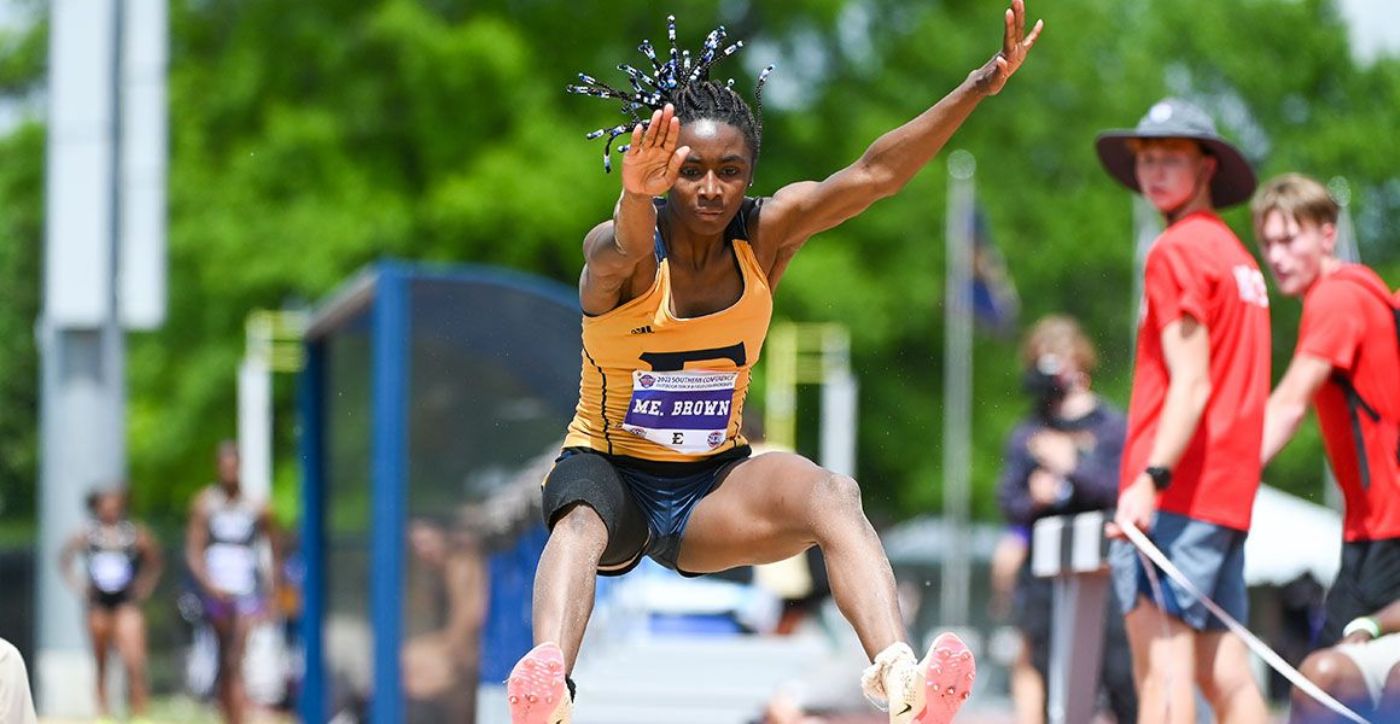 With a small group of Buccaneers competing in cool and damp conditions, Brown came away victorious in the horizontal jump event with a leap of 11.94m. Brown, the 2021 Southern Conference triple jump champion, beat Clemson’s Nia Christie in the event on Saturday. Christie finished with a mark of 11.68m.

On the track, Lindsay Cooper (Charlotte, N.C.) – who became the first female Buccaneer to win a conference championship in the 400m hurdles last weekend in Birmingham – earned silver in the 100m hurdles on Saturday with a time of 14.27. Cooper also competed in the 400m hurdles where she placed fourth in 1:03.84.

Nicole Johnson (Chattanooga, Tenn.), the reigning SoCon champion in the 100m, led a group of Buccaneers in the women’s 100m as she placed fourth with a time of 11.92.

The Bucs will have one last opportunity to hit a NCAA Regional qualifying mark next weekend when a contingent of ETSU student-athletes compete in the Lee University Last Chance Meet on Saturday, May 14 in Cleveland, Tenn.