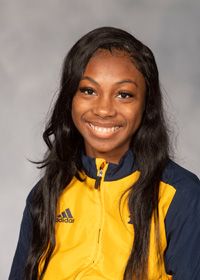 Personal: Born on Dec. 23, 1999 ... from Chattanooga, Tenn. … Daughter of Keith Johnson and Valencia Monique Saxton … Her cousin, Mykeah Johnson, was a four-year member of the ETSU softball team from 2014-17 and holds the school record for walks in a season (41), which she set during the 2017 SoCon Championship season  … Anticipated major for Nicole is nursing.