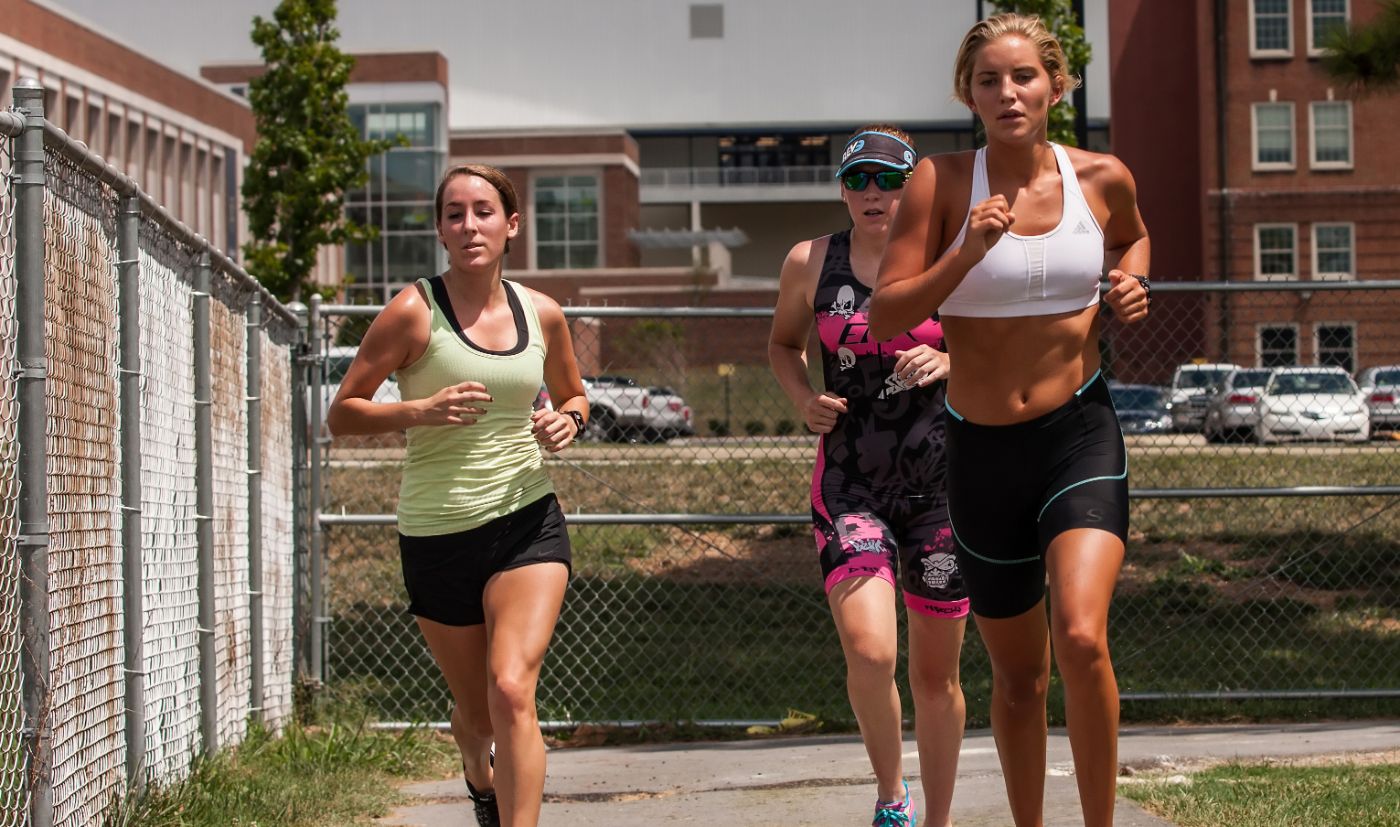 Bucs look to make a statement in their first ever competition

JOHNSON CITY, Tenn. (Sept. 4, 2016) – The ETSU women’s triathlon team will compete in its first ever meet Monday in Naperville, Ill. The Bucs will be one of several teams competing in the meet, which will include 800-meter swim, followed by a 20-kilometer bike ride and concluding with a 5-kilometer run.

ETSU is one of just 13 women’s triathlon programs in the nation and just one of two Division I schools to sponsor the sport. Currently, the Bucs have three athletes on their roster, including a pair from the Tri-Cities area in Chloe Ford (Johnson City, Tenn.), McKenzie Killian (Bluff City, Tenn.) and former track & field athlete, Sarah Zimmer (Farragut, Tenn.).

The race will begin at 7:45 a.m. eastern time on the campus of Naperville High School. For more information on the event, please click here for the meet central page HERE.