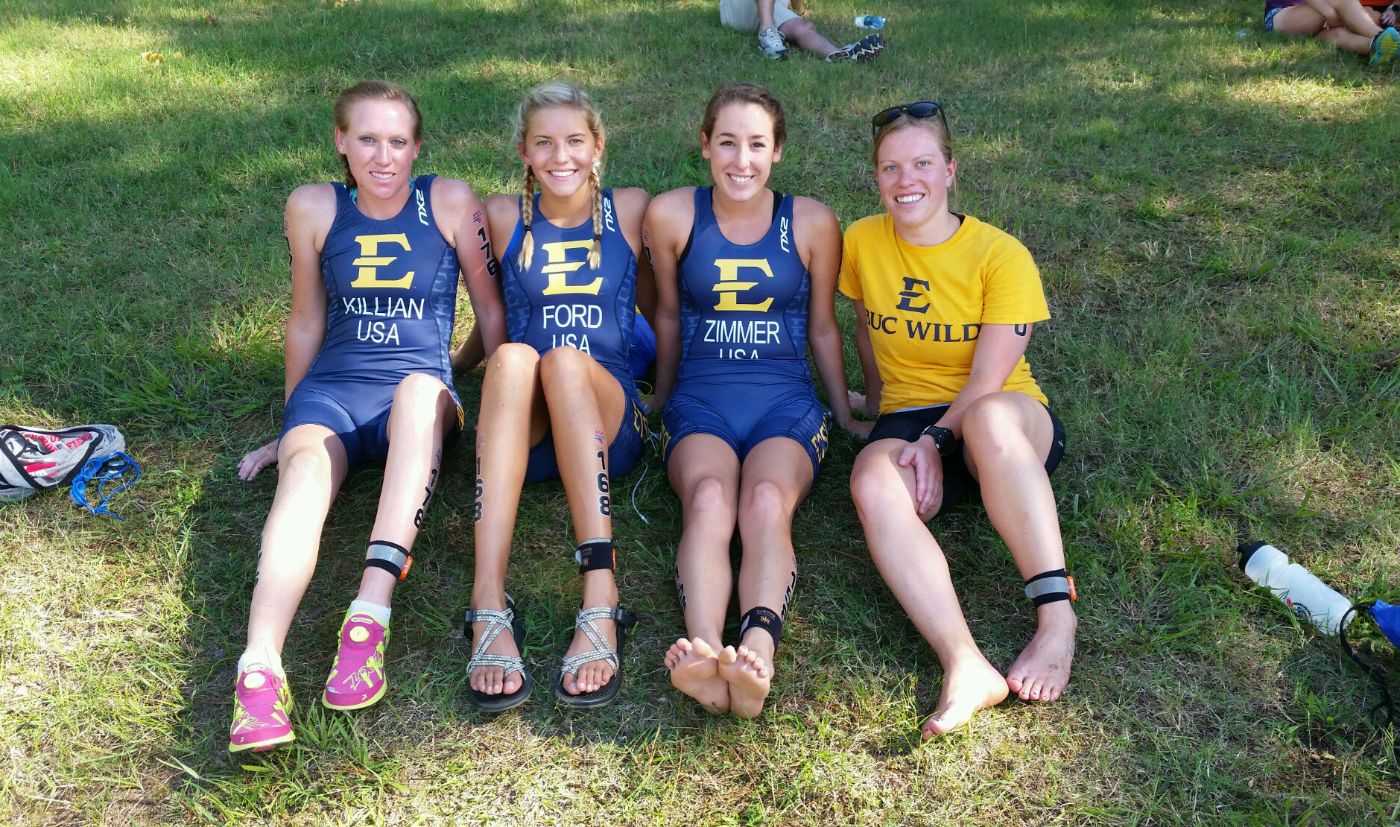 GREENSBORO, N.C. (Oct. 2, 2016) – The ETSU women’s triathlon team competed in the East Regional Qualifier Sunday afternoon in Greensboro, N.C. The Bucs finished fourth at the event with senior McKenzie Killian (Bluff City, Tenn.) posting the best finish for the Bucs coming in 11th with a time of 1:13:33.7.

“This was our biggest race so far in terms of teams participating and individuals participating,” said ETSU Head Coach Janine Pleasant following Sunday’s race. “We officially came in fourth place as a team. Mckenzie Killian just missed out on being in the top 10. This was Maya Roselius' first race as a member of the team and she did a fantastic job.”

The Bucs will close out their inaugural season at the National Championship race November 5 in New Orleans, La.

“We will spend the next four weeks focusing on specific skill set strengthening for each member of the team,” Pleasant said.