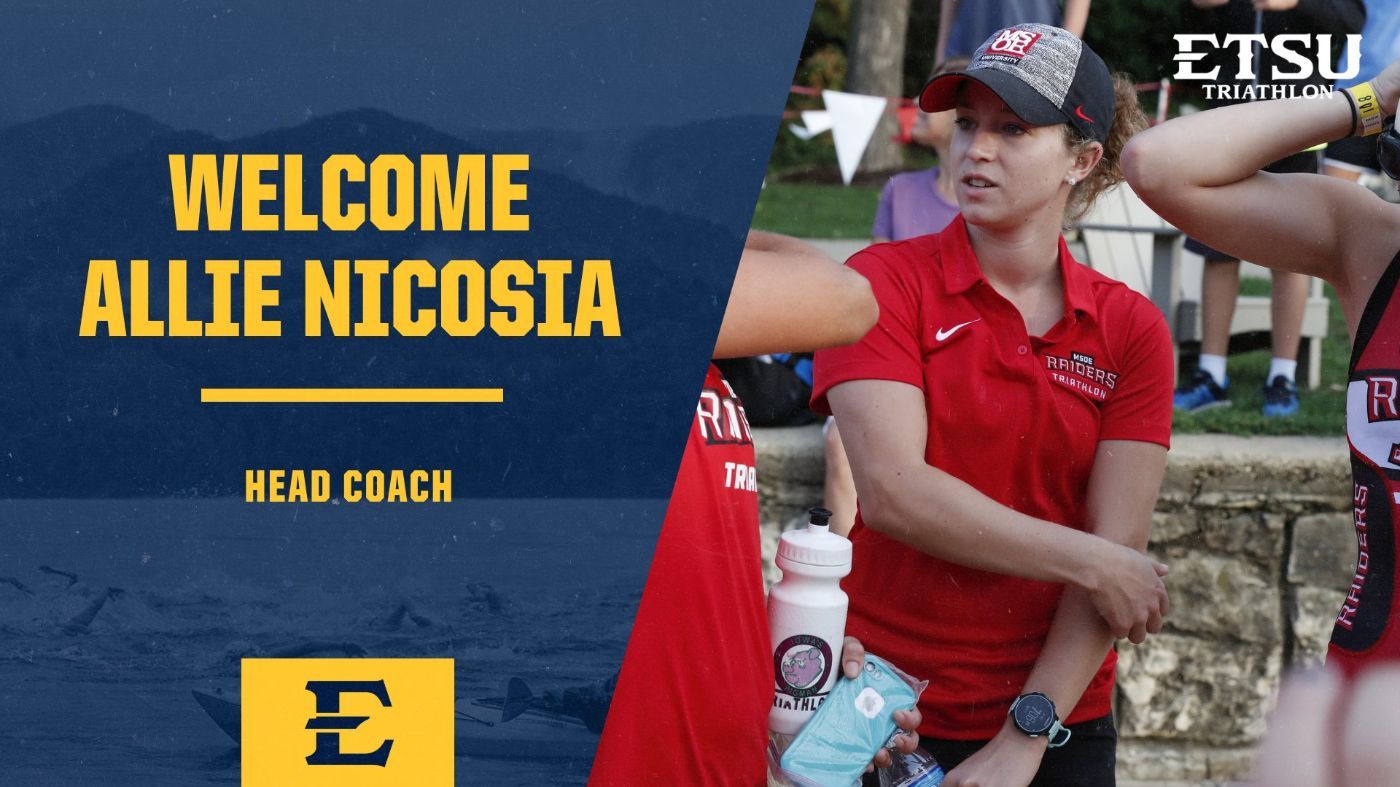 “ETSU Athletics is very excited to welcome Coach Allie Nicosia to the Buccaneer family. She brings excellent experience to our triathlon program with a focus on student-athlete development and a competitive spirit that aligns with our athletic program values,” said Carter. “I am looking forward to working with her as she leads the young women of our triathlon program and provides support to our academic services department as a specialist in that area.”

Nicosia comes to Johnson City after a two-year stint as the head coach for the women’s triathlon, cross country and track and field teams at the Milwaukee School of Engineering. She joined MSOE in 2018 and led the triathlon team to a runner-up finish among Division III schools in the inaugural season of the program. In both years at MSOE, Nicosia’s team finished in the top-5 as they took 4th-place finish in 2019.

“I am extremely excited for the opportunity to take over the ETSU Triathlon program and look forward to continuing the development of this team in the beautiful Tennessee hills,” said Nicosia. “I want to thank Scott Carter and the ETSU Athletic Department for this opportunity. I believe this program has the ability to remain one of the top Division I triathlon programs in the nation, and I am excited to lead the team in this pursuit.”

Nicosia also had success at the helm of the cross country and track programs. In 2019, her cross country team placed second in the Northern Athletic Collegiate Conference and had two individuals place in the top-10. She coached multiple top-3 finishers in the conference in both indoor and outdoor track and one three-time Division III NCAA Track & Field qualifier.

Prior to coaching at MSOE, Nicosia was an assistant coach for the triathlon, cross country and track programs at West Alabama for three years. The Tigers competed at three straight Collegiate Varsity Triathlon National Championships. Her team finished sixth among 14 teams in 2017 and was the top Division II program. Additionally, in 2017, she served as the Division II representative to the first-ever College Triathlons Coaches Association (CTCA). Nicosia produced an All-American, three all-region honorees and four scholastic All-America awards in the first year the CTCA sponsored the awards.

Nicosia becomes the first coach to serve on a triathlon coaching staff at all three NCAA Divisions since the sport began to emerge at the NCAA level in 2015.

She was a three-time captain and four-time letter winner at the University of South Carolina as a member of the track and field team as a pole vaulter. Nicosia earned her masters’ degree in sports psychology and motor behavior from Tennessee in 2014.

For more information on Buccaneer triathlon, visit ETSUBucs.com and click on the Women’s Triathlon page. Be sure to follow us on social media @ETSUTriathlon and on Instagram @ETSUWomensTriathlon.